Dubai Canal, Jumeirah- Gulf Craft has announced its three global premieres at the opening day of the Dubai International Boat Show during its press conference at its stand MD-10 ahead of the official opening of the Dubai Boat Show. 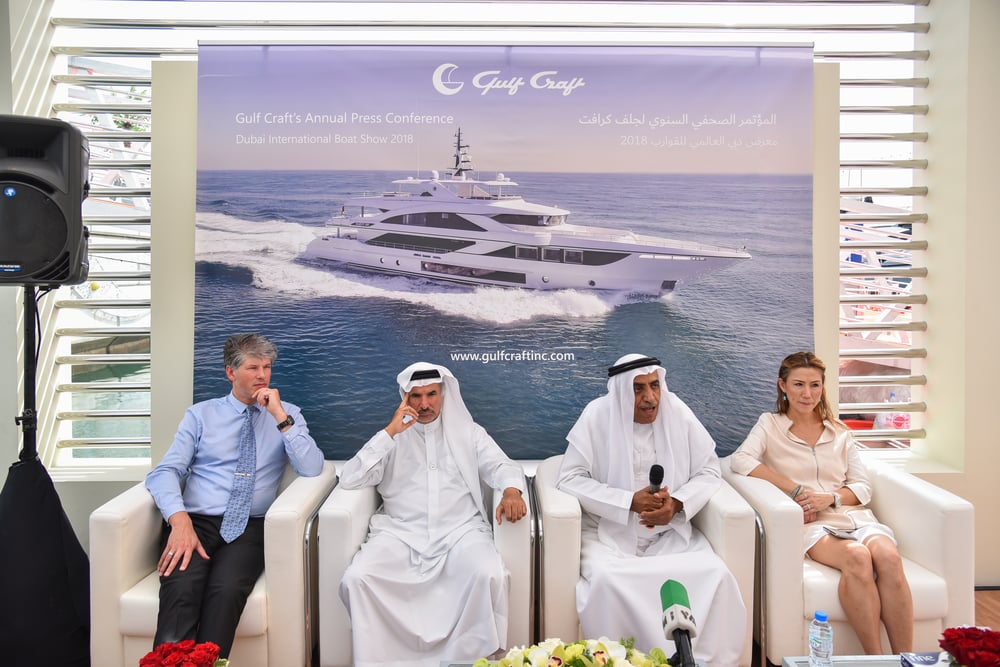 The formidable fleet of Gulf Craft comprised of the new Majesty 140, Majesty 62 and Touring 48 together with 10 more yachts and boats including the award-winning Majesty 100. 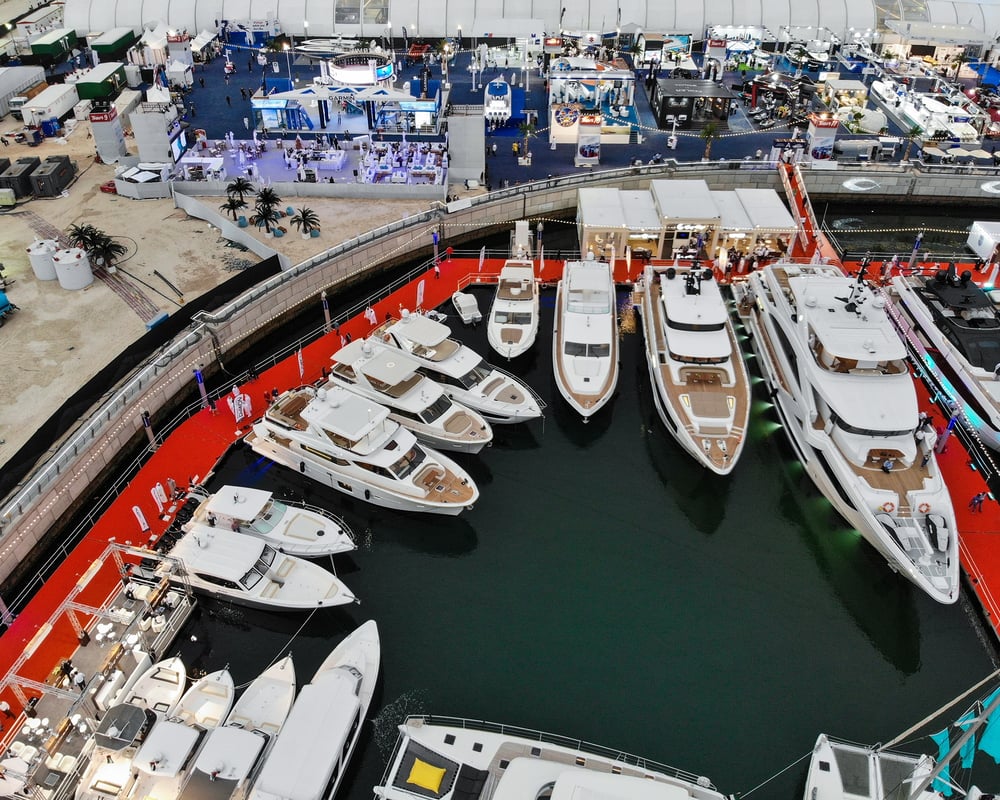 This year, His Excellency Sheikh Ahmed bin Saeed Al Maktoum, President of the Dubai Civil Aviation Authority, CEO and Chairman of the Emirates Group, Chairman of Dubai World, and Noor Takaful insurance company, officially opened the show. He was warmly greeted by Mohammed Alshaali, Chairman of Gulf Craft and together with his entourage they went onboard the Majesty 140, the latest addition to the Majesty Yachts superyachts collection. 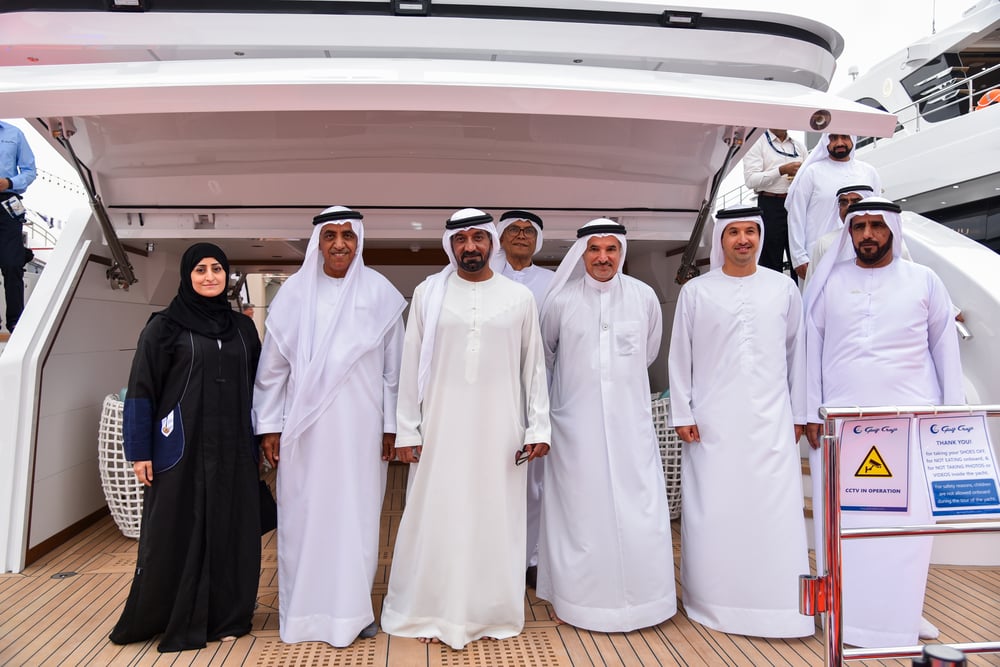 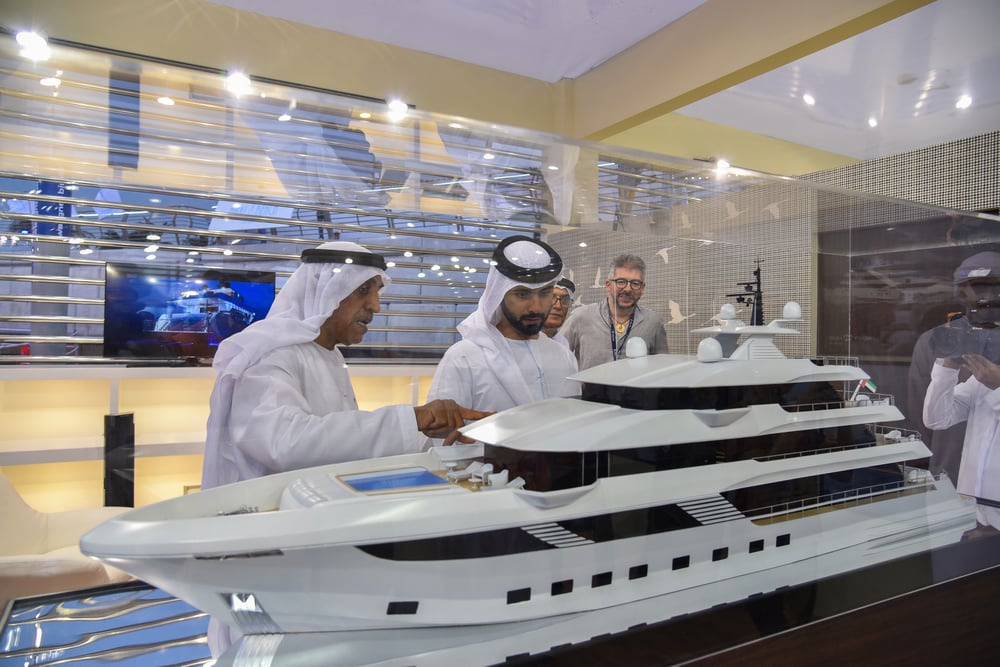 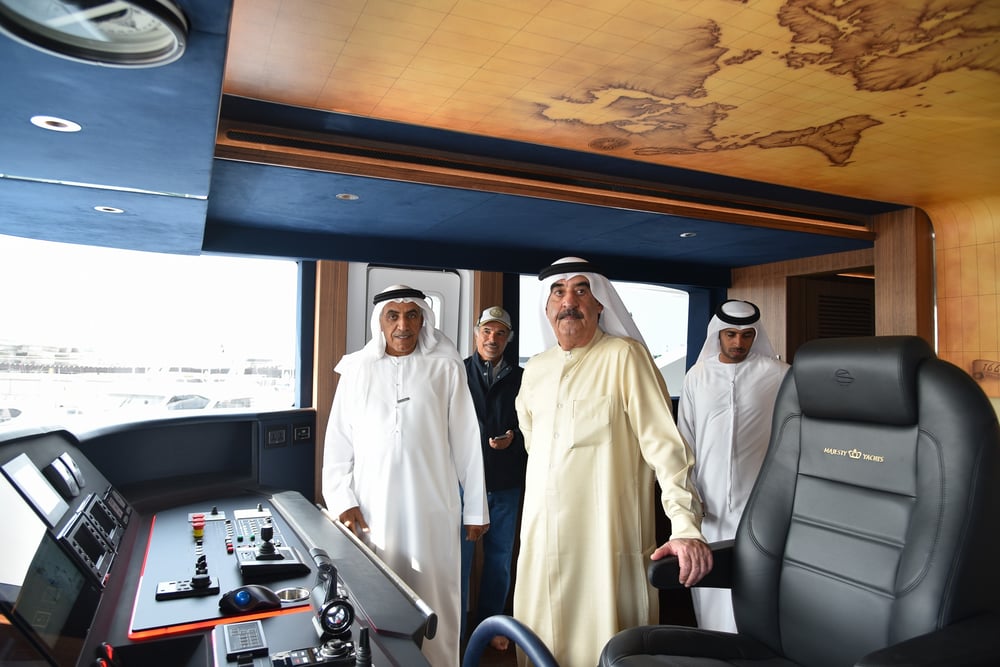 Also on day 2, Major General Alaa Sayadi, head of the Coast Guard of the Kingdom of Bahrain visited Gulf Craft at our stand MD-10. 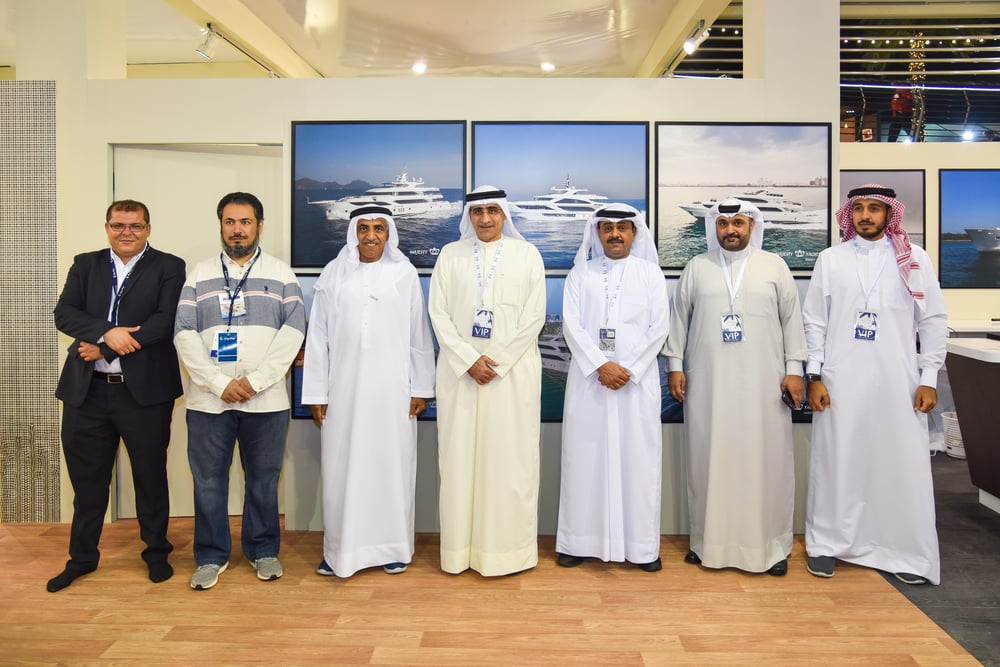 During the third day of the show, HE Sheikh Nahyan bin Mubarak Al Nahyan, Minister of  Culture, Youth, and Social Development, dropped by at the Gulf Craft stand. Gulf Craft Chairman, Mohammed Alshaali was very happy to welcome him. 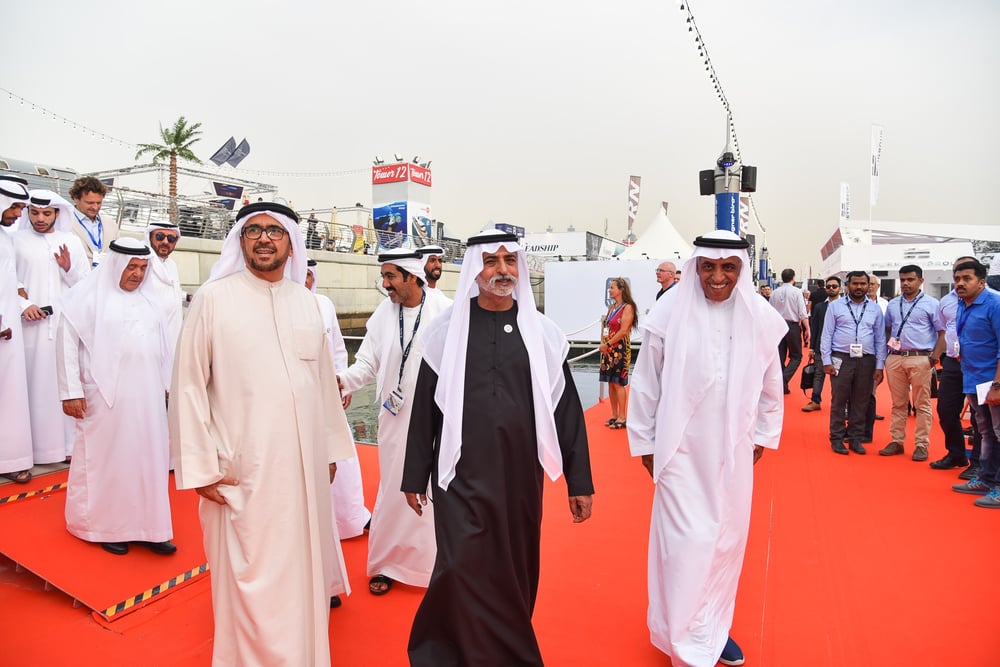 Gulf Craft welcomed HH Sheikh Mohammed bin Rashid Al Maktoum, Vice President and Prime Minister of the United Arab Emirates, and ruler of the Emirate of Dubai, with the blowing of horns during his arrival at the stand on the last day of the show. Spectators rushed to the Gulf Craft stand to capture a glimpse of His Highness who went onboard the newly-launched Majesty 140. 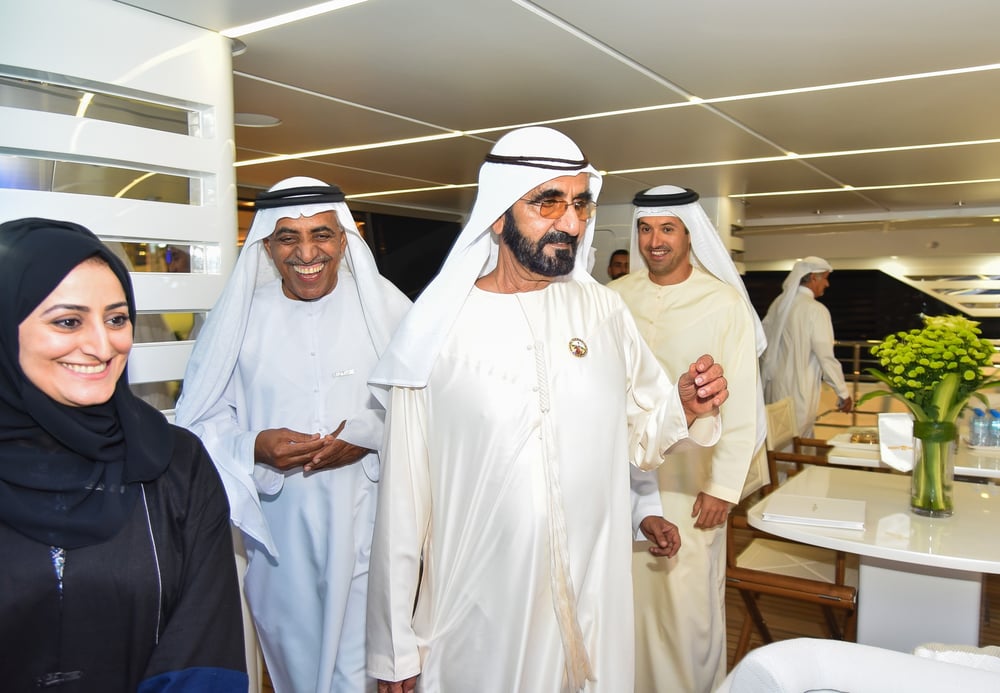 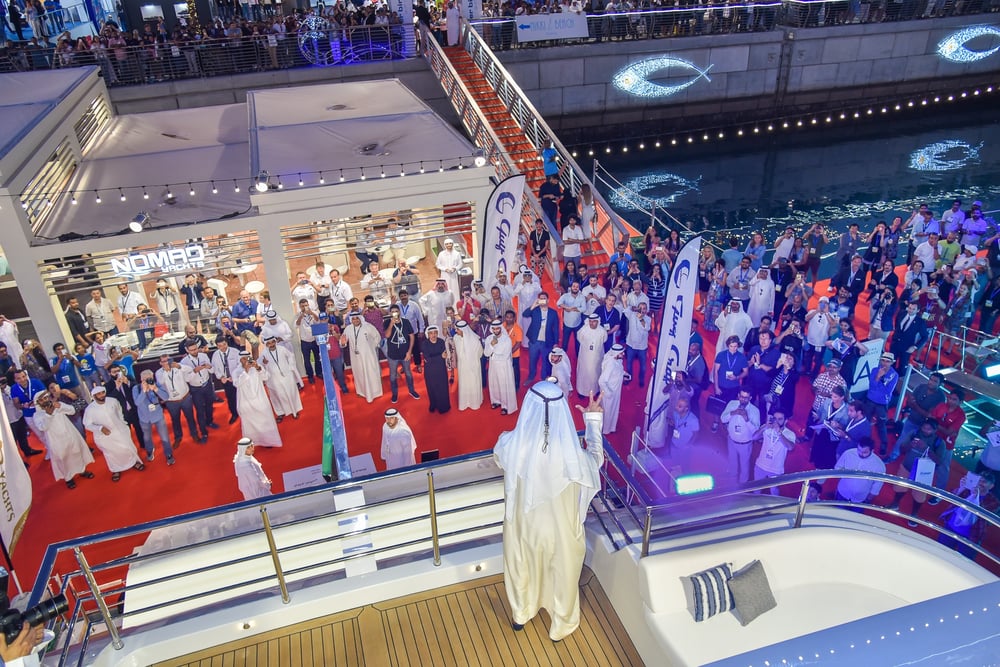 The all new Touring 48 is the latest introduction in the Utility Series from Gulf Craft.
Start Reading