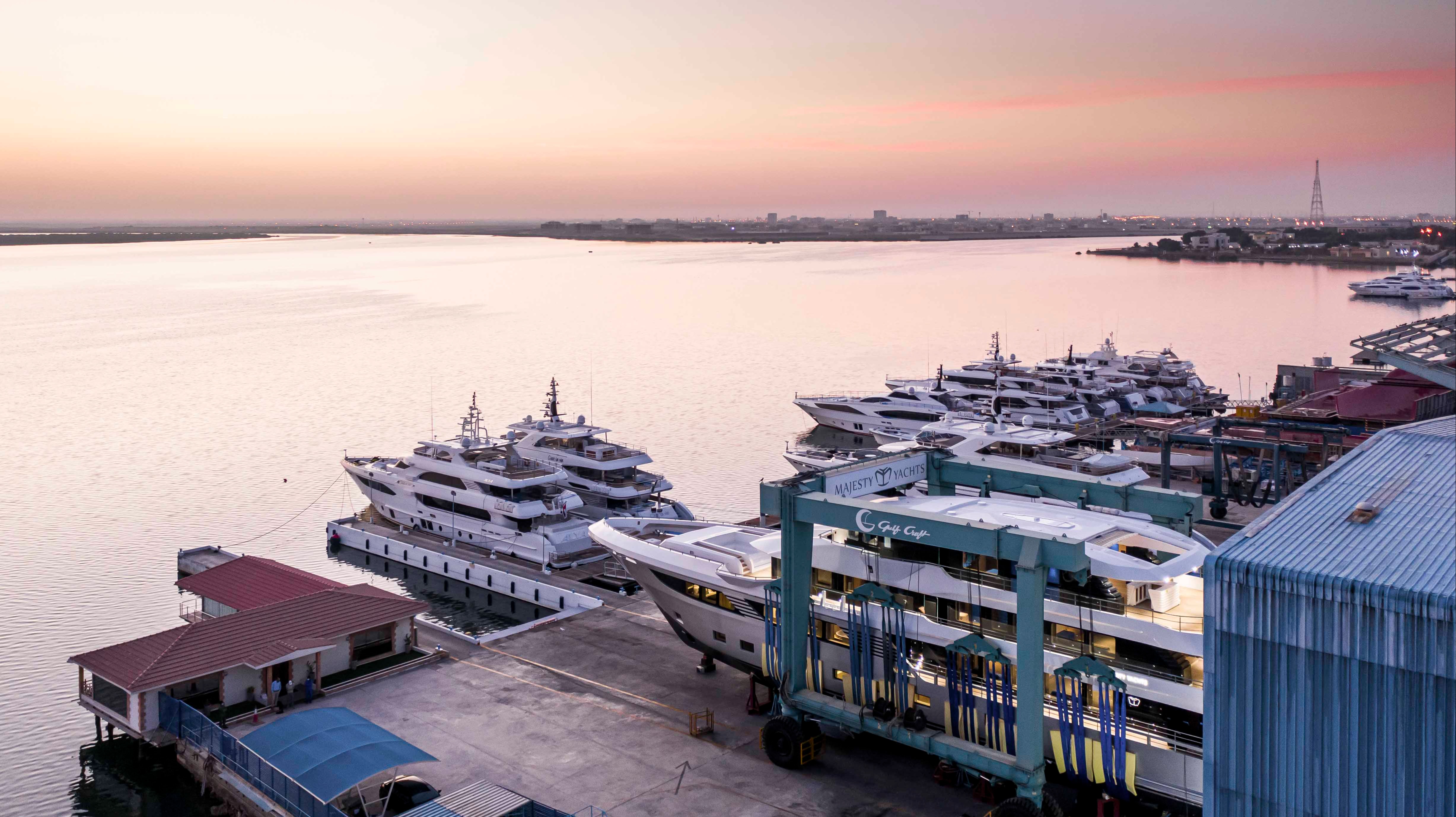 Since the company’s inception in 1982, Gulf Craft has grown to become one of the top seven shipyards in the world. From being a builder of small fishing boats in modest premises, a genuine passion for the sea led Gulf Craft to establish its credentials as a leader of innovation and technology in the yachting industry.

Our aim is to regularly increase sustainability and efficiency by looking for opportunities to apply advanced technologoes. Continued process improvement and training are vital to ensure that our clients receive the best products and highest level of service.

Gulf Craft’s vision is to be at the forefront of luxury yacht and pleasure boat manufacturing with a reputation for practicality, quality, and value.

Gulf Craft is fully dedicated to understanding and meeting the expectations of our clientele through continuous improvement and a process-based approach related to the marine industry. We value our clients and endeavor to provide them with consistent quality in every aspect of their experience with us.

An inspirational businessman and a leading diplomatic personality in the UAE, Mohammed Alshaali has devoted his time and energy towards managing his luxury yacht and boat manufacturing business.

Working in what was still a budding maritime environment, Alshaali drew upon his enthusiasm for leisure boating and extensive work experience to face the challenges in the market.

In an attempt to fulfil the demands and aspirations of seafarers in the region, and in tribute to his passion, Alshaali decided to bring the leisure boating experience to region with the establishment of Gulf Craft. In just a few years, Gulf Craft stood among the top 10 yacht manufacturers in the world, specializing in the production of superyachts.