UAE; May 22, 2021:His Highness Sheikh Mansoor bin Mohammed bin Rashid Al Maktoum, Chairman of the Dubai Sports Council, today unveiled the Majesty 175, the world’s largest composite production superyacht, at its world premiere at Dubai Harbour. Pushing the boundaries in superyacht production through her lightweight material that enables effortless cruising in low-draft waters, the Majesty 175, fully made in the UAE, is the flagship superyacht by Gulf Craft, one of the world’s premier shipbuilders. 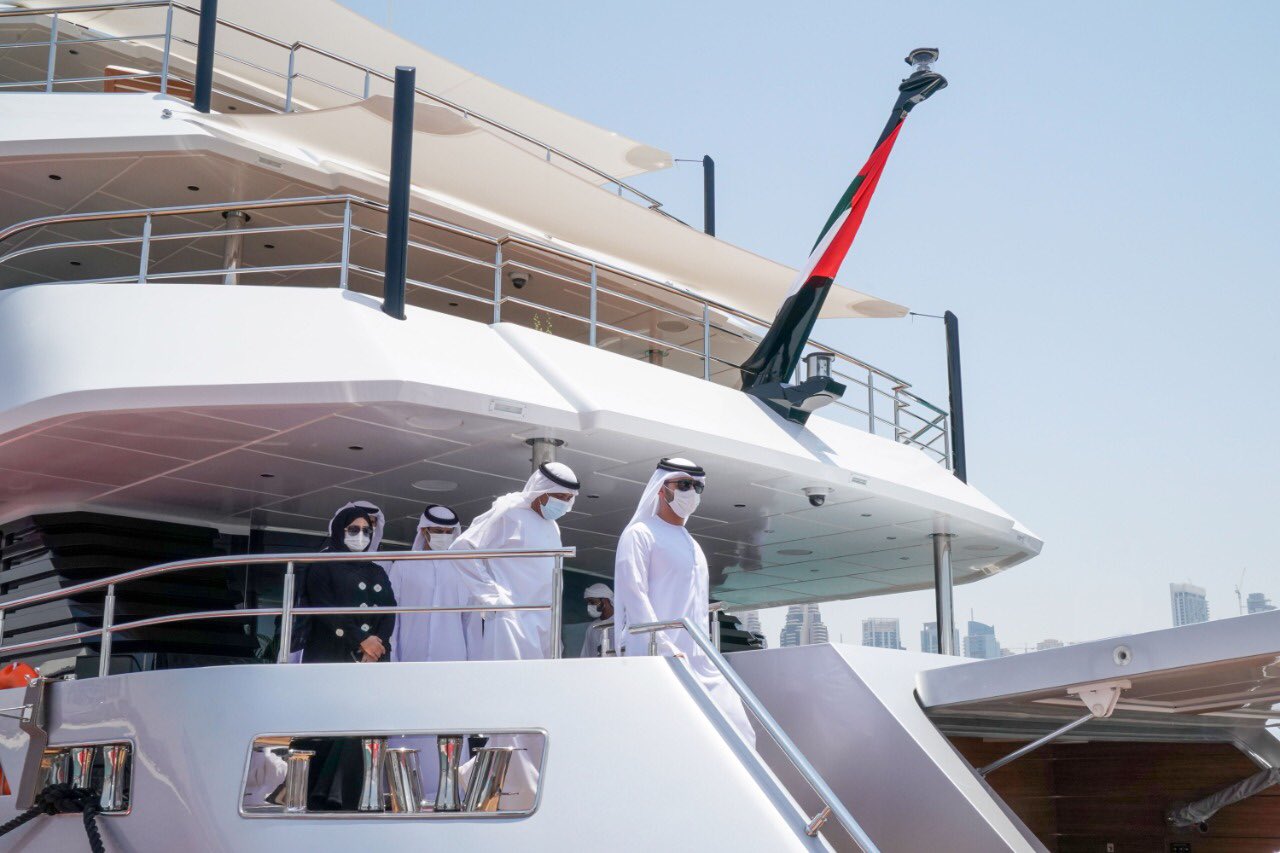 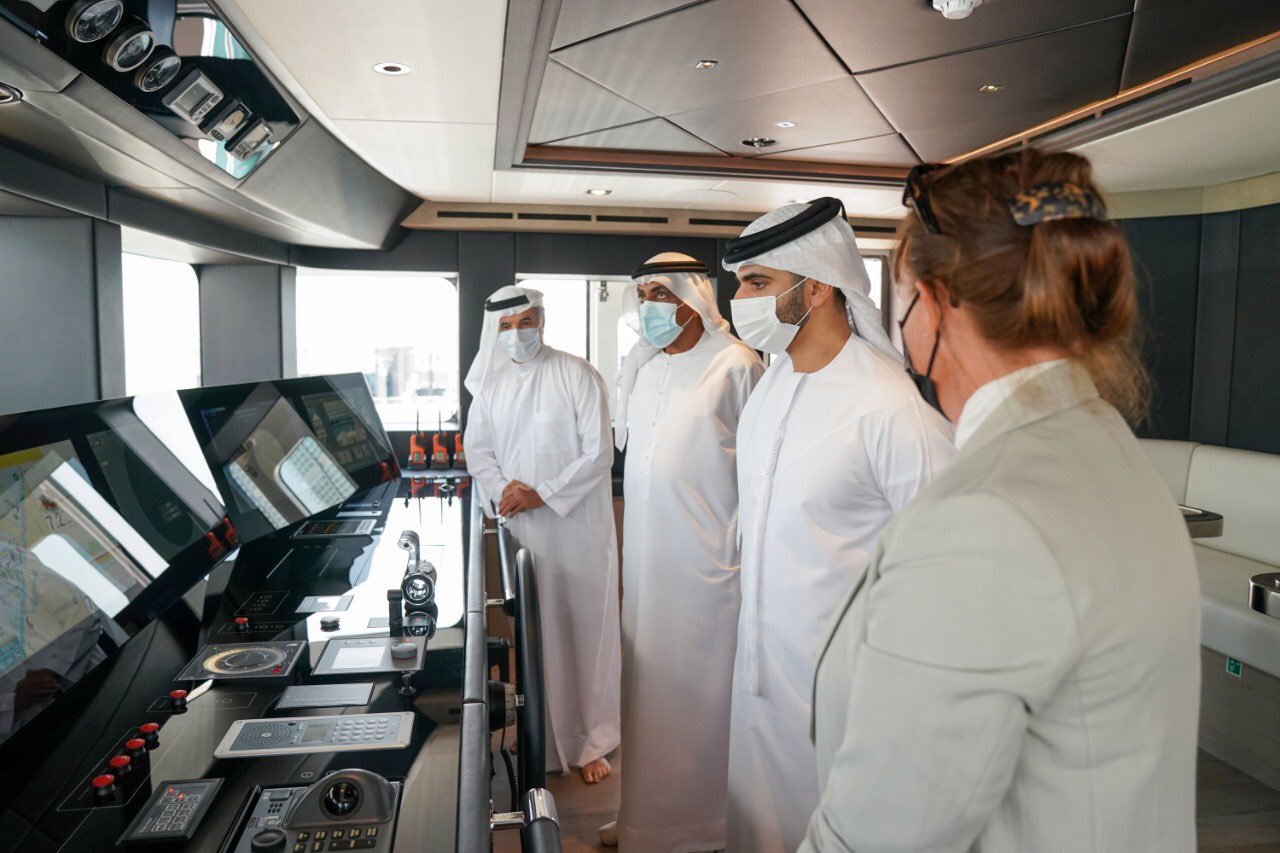 Manufactured at Gulf Craft’s integrated in-house production facility in the UAE, the Majesty 175 successfully completed a series of sea trials before its global premiere. Dignitaries and high-ranking officials toured the superyacht as it ventured into the Arabian Gulf, demonstrating its top-notch stability and maneuverability on the high sea.

The event was organised in partnership with the Dubai Department of Tourism & Commerce Marketing (Dubai Tourism) and coincided with the Arabian Travel Market 2021, underlining Dubai and the UAE’s appeal as a yachting destination. The Majesty 175 will soon venture on voyages across the world, taking the UAE flag to global yacht events, marinas, and exotic destinations, putting the country prominently on the world yachting map.

A masterpiece made in the UAE

Gulf Craft Chairman Mohammed Alshaali said the Majesty 175 is a masterpiece superyacht that demonstrates Gulf Craft’s capability to manufacture world-class vessels – covering every aspect, from design and production – all within the UAE. “The Majesty 175 cements the reputation of Gulf Craft as a leader in the global yachting industry and underlines the nation as a leading yachting destination. We create exceptional vessels that will delight yachting enthusiasts across the world. Gulf Craft invested nearly four years of effort to build this vessel, quicker than the normal timeframe, despite the challenges of the pandemic. With the regional premiere of the Majesty 175 at Dubai Harbour, we are reiterating the appeal of the country as a full-fledged yachting destination.” 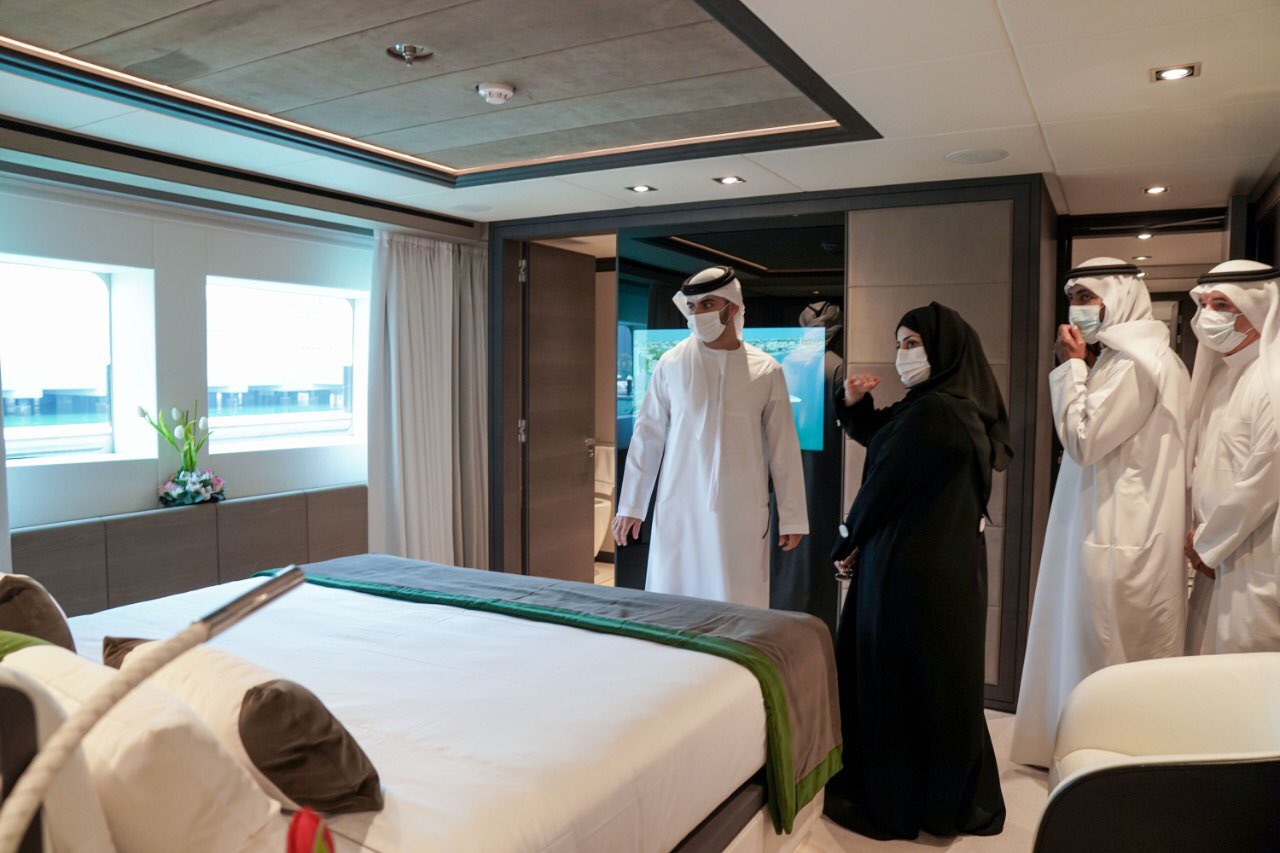 HE Helal Saeed Al Marri, Director-General of the Dubai Department of Tourism & Commerce Marketing, added: “The UAE has fast rebounded as one of the world’s safest tourist destinations, further driving the growth of the yachting tourism sector. With nearly 830 superyacht projects in build or ordered globally this year, the Middle East continues to be one of the strongest markets for superyachts. The premiere of the Majesty 175 in Dubai highlights the remarkable potential for the yachting industry here. This will add to the confidence of the marine leisure sector and build the nation’s yachting and pleasure boating industry further.”

The Making of the Majesty 175

The Majesty 175’s exterior and interior design are by the award-winning Cristiano Gatto Design Studio in Italy while the naval architecture is by Massimo Gregori of the Yankee Delta Studio.

She can effortlessly cruise low-draft areas, drawing just 2.05 metres of water, as she is built using advanced composite materials such as carbon fibre and vinyl ester. This enables close beach access, a key consideration for many marine lifestyle enthusiasts.

Built to the specifications outlined by the UK’s Maritime and Coastguard Agency (MCA) for yachts over 500 gross tonnage (GT), the Majesty 175 has a gross tonnage of 780.

The Majesty’s stand-out features include a 5-metre infinity pool at the forward deck and a hybrid sky-lounge that can be converted to an open sun deck. The pool has a swim-jet system that creates a constant current of water.

The smart layout accommodates seven lavish staterooms and can host a crew of up to 10 members with six large crew cabins and a private captain accommodation. Electricity supply comes from 175 kW Kohler generators and two pairs of TRAC fin stabilizers.

Safety features include a SOLAS rescue boat and an emergency generator. With the full speed of 16.5 knots and cruising speed of 10 knots, Majesty 175 has a range of 4,000 nautical miles, making her a transoceanic vessel.

Majesty is one of the five brands of boats and yachts manufactured by Gulf Craft. The other brands are Silvercraft featuring affordable smaller family and fishing boats; Oryx sports cruisers; Nomad explorer yachts and Touring Passenger Vessels. Founded in the United Arab Emirates in 1982, Gulf Craft has three facilities in the UAE and the Maldives and has a manufacturing capacity of 200 boats per year. The company has built more than 10,000 boats already, serving clients around the world.

Gulf Craft Marks 20 Years of Manufacturing in the Maldives