Gulf Craft, one of the world’s top 10 superyacht builders, completed its successful participation at the 2nd edition of the Indonesia Yacht Show last June 7-8 at the Batavia Marina in Jakarta.

Mr. Notis Menelaou, Sales Manager of Gulf Craft said "This year we had a better show. Although, the visitors were less than last year, there were more interested buyers. That's more important.   Also, the location of our stand this year was better. Visitors have not missed  passing by our stand. "

The honorable Mayor of North Jakarta, Mr. Heru Budi Hartono, who officially opened the Indonesia Yacht Show,  visited our Majesty Yachts stand. He was pleased to learn about our company and our products, most especially, the Majesty Yachts. 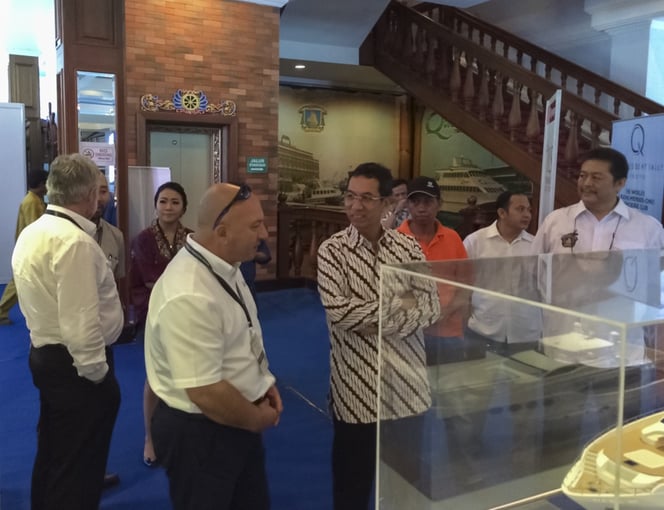 Here are some photos taken at the show:

Gulf Craft invites you to the Indonesia Yacht Show 2014

Gulf Craft, one of the world’s top 10 superyacht builders, continues its drive to promote its Majesty Yachts brand in the Asian ...
Start Reading
Gulf Craft Aug 19, 2015 9:40:47 AM 4 min read

Jakarta, 19 August 2015: Gulf Craft is set to showcase one of the most acclaimed superyachts from its ever-expanding portfolio, ...
Start Reading