KUWAIT CITY, 3 February 2015: Gulf Craft, one of the world’s leading superyacht-building shipyards, is showcasing its exciting range of luxury superyachts, sport cruisers, and leisure craft at the Kuwait Yacht Show – including the largest superyacht to ever enter the Kuwait market, the Majesty 122.

Visitors to the Kuwait Yacht Show, which kicked off today and runs until 7 February, are enjoying an exclusive preview of the Majesty 122, the brand new addition to Gulf Craft’s Majesty Yachts line of luxury fly-bridge motor yachts, which combine style and elegance with innovation to create the epitome of truly royal cruising. 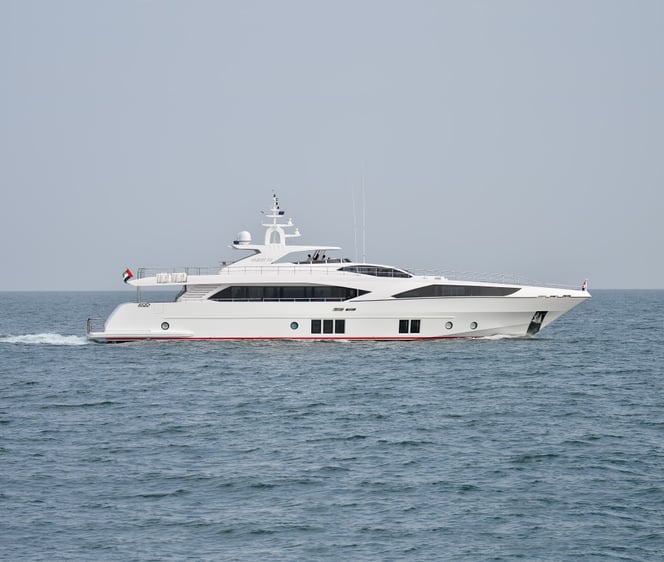 In addition to touring the latest range of Majesty Yachts, guests also have an opportunity to experience Gulf Craft’s wide range of sport cruisers and leisure craft, which have been well adopted by the Kuwaiti market. Kuwait is home to roughly one-fifth of the GCC’s boats, with fishing and leisure cruising common pursuits among its nationals.

“Kuwait has a strong historical and cultural connection with the seafaring lifestyle, making the Kuwait Yacht Show a natural choice for Gulf Craft to first present our latest superyacht, the Majesty 122,” said Mohammed Hussein Al Shaali, Chairman and Founder of Gulf Craft.

“Standing as the largest superyacht to ever enter the Kuwaiti market, the Majesty 122 incorporates alluring features, such as an extended balcony and unrivalled on-deck lounging and entertaining areas, which will truly appeal to our Kuwaiti customers.” 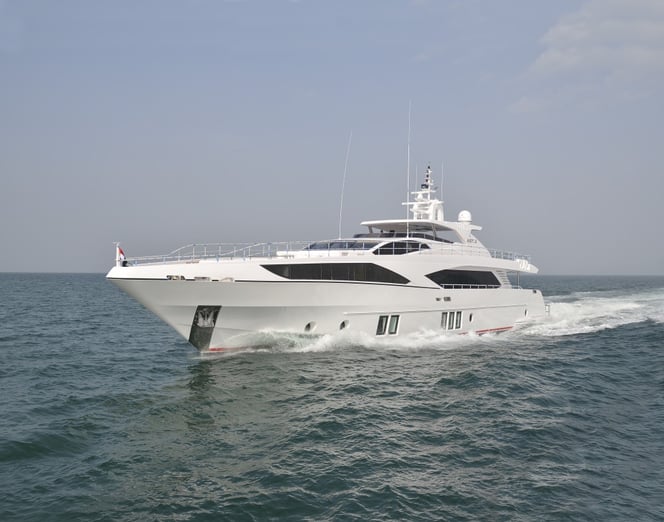 The Majesty 122 is a superyacht created with a Mediterranean lifestyle in mind, and a form that follows functionality. Ample outdoor as well as indoor space is a distinctive feature throughout the yacht – starting from the crew area, passing through the main saloon, staterooms and ending up on the fly-bridge.

The raised pilothouse superyacht has a commanding, muscular and modern exterior design with a naturally flowing fly-bridge that is directly connected to the front bow area. Featuring the largest garage in the Majesty Yachts range, the rear part of the superyacht can hold a tender and two three-seater watercraft, keeping these toys protected during ocean-going journeys while leaving decks uncluttered.

Gulf Craft is showcasing a number of its other innovative yachts from its Majesty Yachts range, including the 2014-launched Majesty 48 model.

Shown for the first time in Kuwait, the Majesty 48 is designed for leisure cruising, offering tremendous opportunities for family and friends to enjoy weekend journeys, with guests able to experience the wonders of the Arabian Gulf from the spacious and luxurious fly-bridge and through its panoramic windows.

The premium yacht and boat builder is also giving visitors an opportunity to experience its line of powerful Oryx Sport Cruisers, elegant creations that are built for luxury and comfort, and its well-established Silvercraft leisure boat range.

The Kuwait Yacht Show, which runs from February 3 to February 7, is the third edition of the annual event, with the 2014 show being three times bigger than in 2013, according to the show organizers, having attracted more than 15,000 visitors.