Gulf Craft have worked hard over the past decade or so to cement their reputation in the region and the world as a high-end semi-custom superyacht shipyard. Now, the Middle East’s leading yacht builder is testing the market in ways it never has before, with a value-for-money Majesty 48 fly-bridge motor yacht that cannot be customized at all. 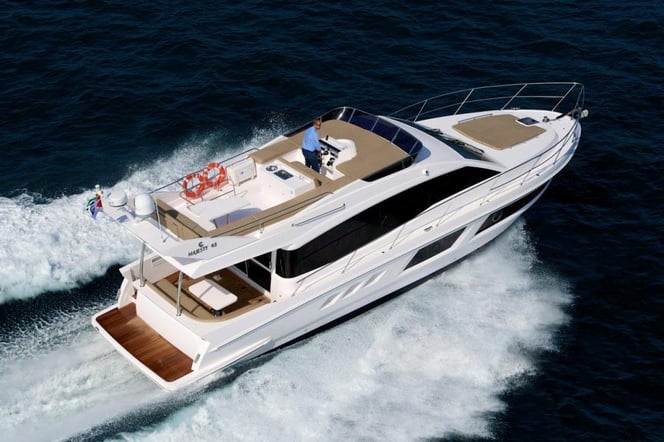 With the Majesty 48, we wanted to produce a yacht with a price bracket within that of the higher end of the sport cruiser segment. We feel that this is going to open up a whole new market for us.” A tour of Gulf Craft’s factory floor confirmed CEO Erwin Bamps’ sentiments, with hulls number three and four already sold and under construction within weeks of the model’s global debut The principle aim of the Majesty 48 is to get people out on the water at the Dubai International Boat Show. Gulf Craft chose the length of the yacht carefully, Erwin tells us, explaining that the 48-foot LOA was initially set at 45-feet. “But, we wanted the yacht to feature three cabins and a crew cabin, so we had to add an extra three feet to her length.”

Looking at the yacht from shore, she has a charmingly balanced profile thanks to her long superstructure glazing and sleek fly-bridge – the absence of a hardtop is questionable, but Erwin insists that such options, because they aren’t universally required, haven’t been incorporated
into the yacht’s cost. A folding bimini has been installed instead. “This yacht is about getting people onto the water,” he says. “It’s a new brand direction for Gulf Craft. We want to show that we’re still remaining true to the smaller end of the market, to our entry-level clients.” 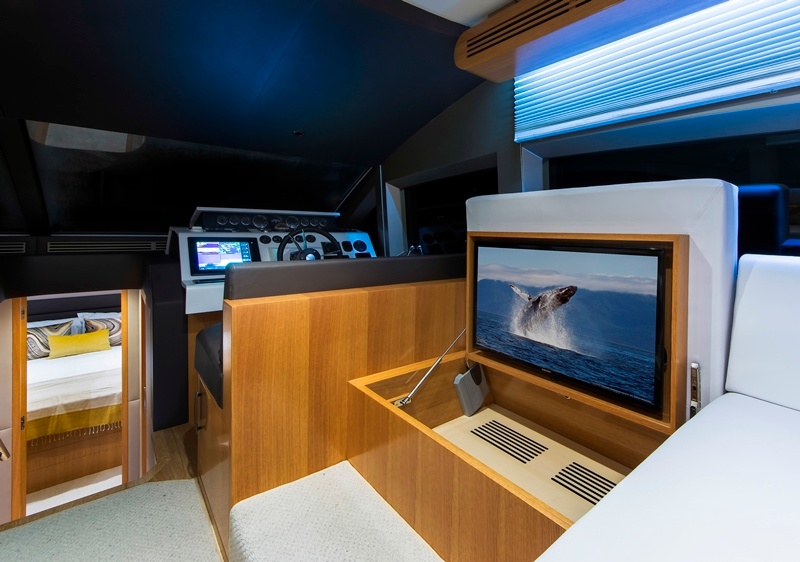 Helm and saloon TV with a view of the forward cabin

In order to achieve this, Gulf Craft have been ruthless in terms of the options available for the Majesty 48, which total none. As soon as a level of semi-customization is offered for a new model, it creates a ripple effect through the entire production process, says Erwin, with new design, tooling, cutting, fabrication, assembly and installation required through various departments, adding man hours and driving up the cost and time it takes to build the yacht. At the same time, it is only because of Gulf Craft’s high level of customization on its superyachts that it has been able to introduce a concept like the Majesty 48. 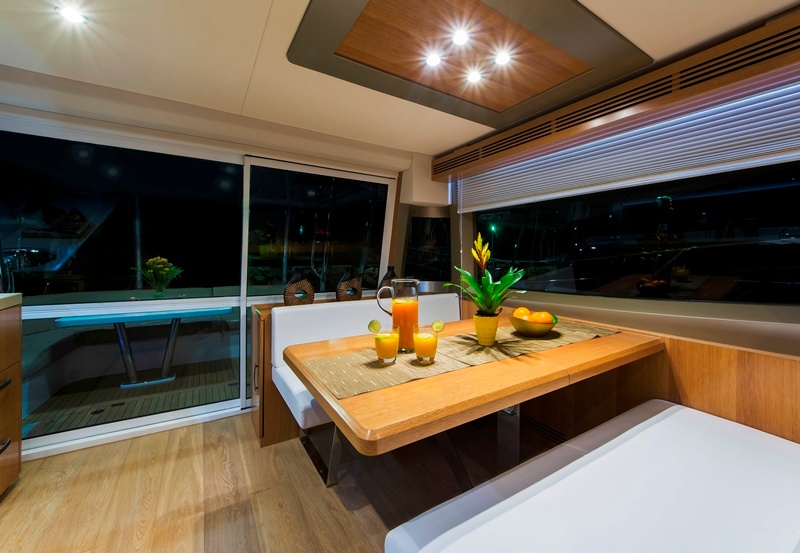 “The Majesty 48 is comparatively cheap, but isn’t a budget yacht,” says Erwin. “It’s still a part of the Majesty Yachts line, and a lot of the technology and innovation that we’ve introduced in our superyachts has been filtered down into the model. In addition, we’re able to utilize economies of scale by having outsourced parts for the 48 shipped with the larger items we’re ordering for the larger Majesty Yachts models.” It all adds up to a lower cost-price for the shipyard, which is passed on to the client.

Gulf Craft had focused on innovation and on careful selection of the highest quality of raw materials, and took special care ...
Start Reading
Gulf Craft May 17, 2015 1:38:20 PM 2 min read

Since its global launch in March 2015 at the Dubai International Boat Show, the award-winning Majesty 122 has proven to be a ...
Start Reading