The 120 feet (nearly 37 metres) long composite production superyacht with a beam of 26.6 ft (8.1 metres) is made of lightweight yet sturdy carbon fibre and vinyl ester. It was fully manufactured at Gulf Craft’s integrated in-house production facility in Umm Al Quwain. 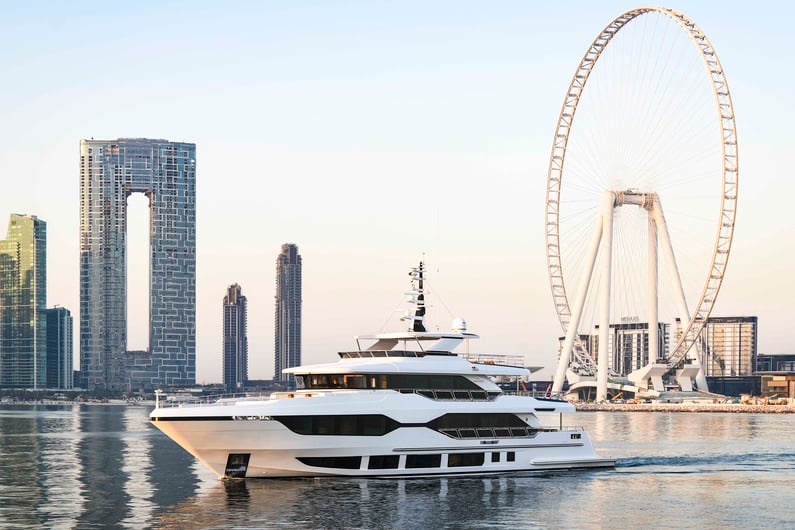 Announced at the Monaco Yacht Show 2019, the design and build of Majesty 120 was completed in scheduled time despite the challenges of the pandemic while following all safety protocols.

Once again revolutionizing the yacht building industry, Gulf Craft’s expert engineering team has created a fully electric system for most major equipment from fin stabilizers to thrusters and steering, thus eliminating the need for hydraulic systems. In addition to a noise-free ambience, the superyacht requires less maintenance and has reduced chances of mechanical issues.

Mohammed Hussein Alshaali, Chairman of Gulf Craft, said: “Since we announced Majesty 120 two years ago, we have been focused on creating a true masterpiece in her class - both in her design and performance. Our commitment to innovation, led by a team of in-house professionals, reflects in Majesty 120, which not only embraces electrical systems but has incorporated unique and flexible design features.” 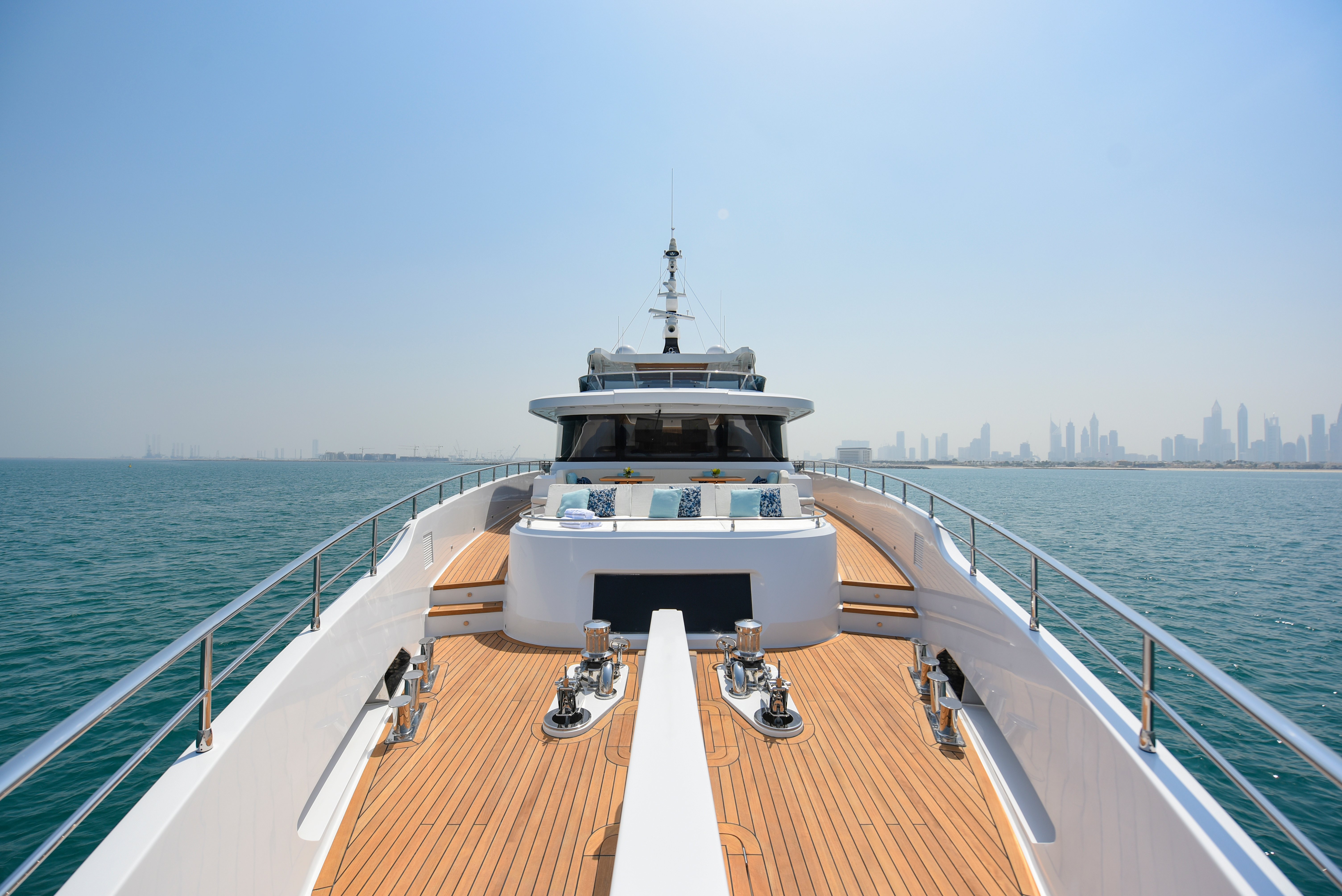 “Moving to electrically powered systems is aligned with our vision to be the leader in the industry and build revolutionary yachts that transform the future. We are confident that Majesty 120 will set trends as a superyacht suited for marine lifestyle enthusiasts across the world.”

Majesty 120 stands out for its unique design and naval architecture by Gulf Craft’s in-house team. She has a spacious sundeck, 30 percent larger than other yachts in her class. The superyacht can accommodate guests in her five large staterooms that are designed asymmetrically – marking another first in its design approach. 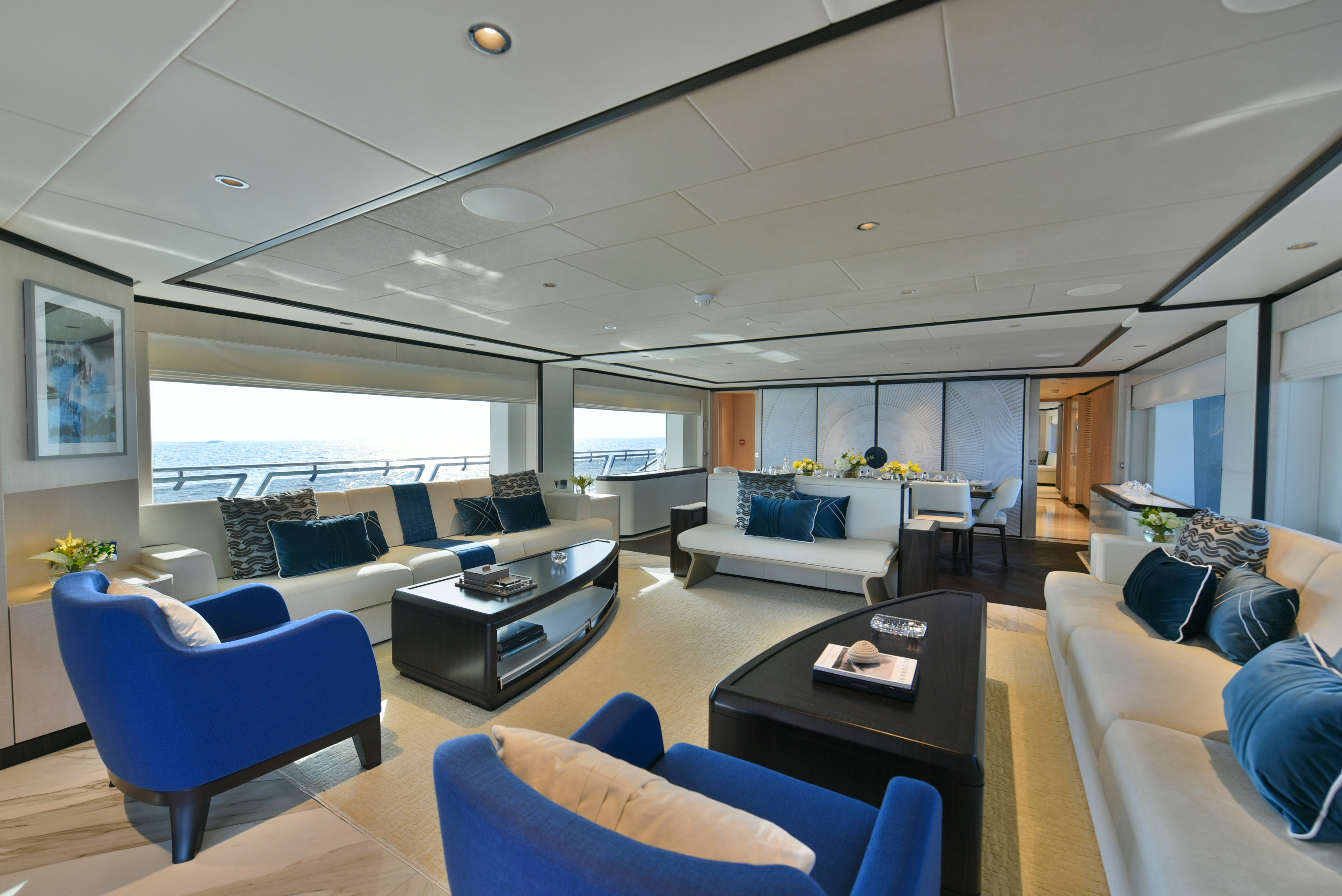 The interiors of Majesty 120 have exceptional styling and attention to detail. With interiors penned by the Cristiano Gatto Design Studio, the Majesty 120 meets the lifestyle aspirations of yachting enthusiasts with a separate owner cabin and VIP cabin on the lower deck, in addition to a kid-friendly lounge. 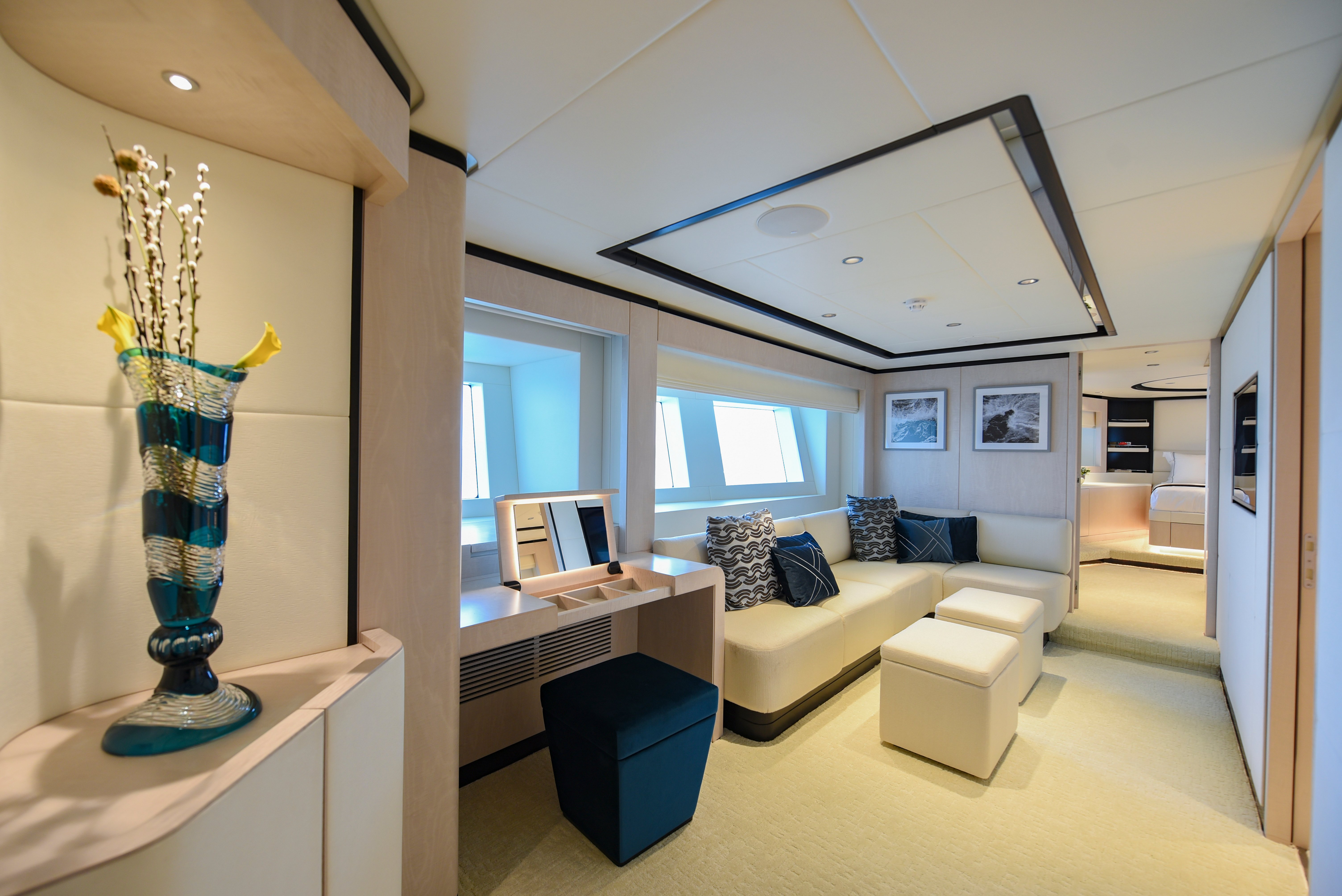 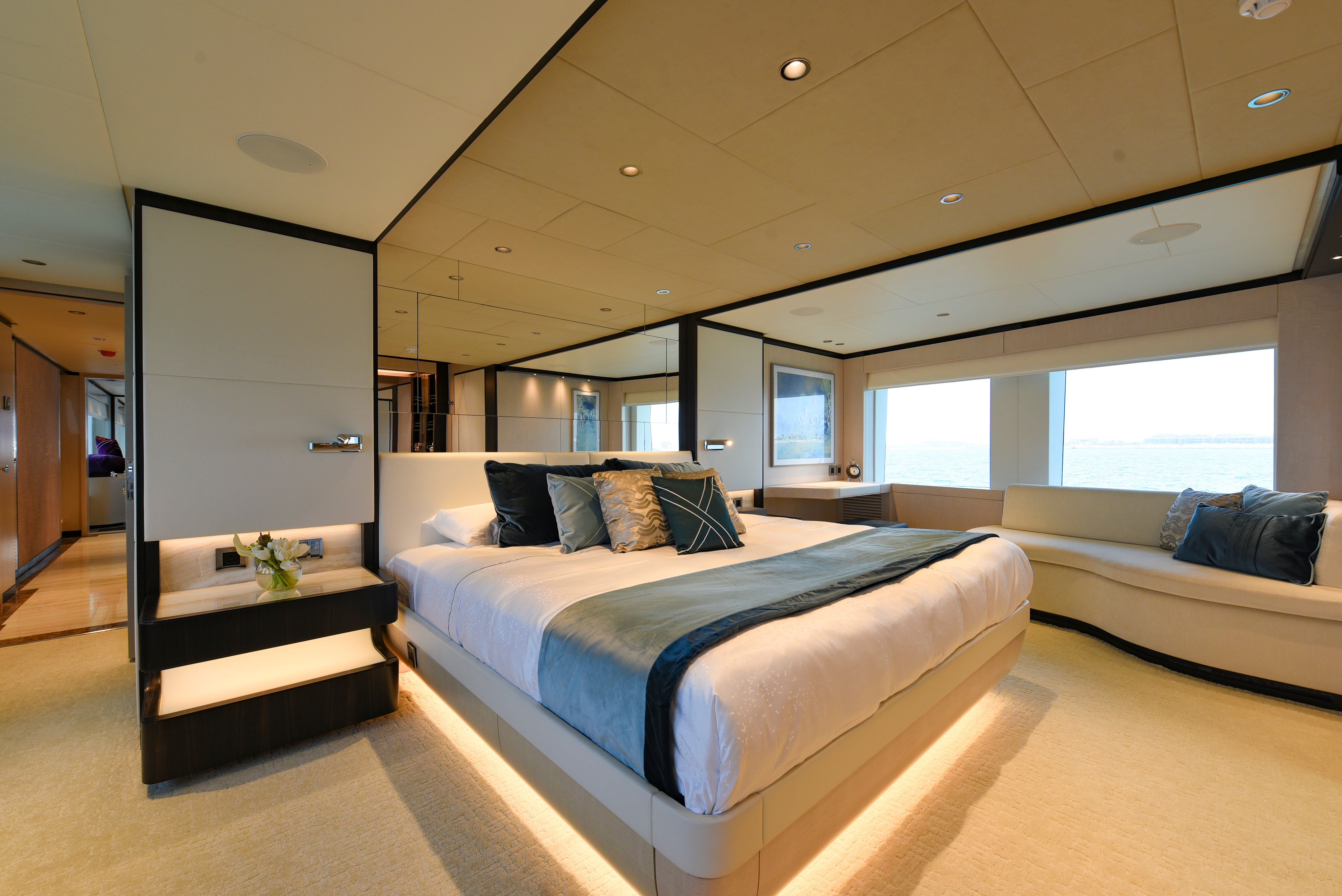 Other amenities include a jacuzzi and hybrid beach club that convert into a storage unit for tenders. 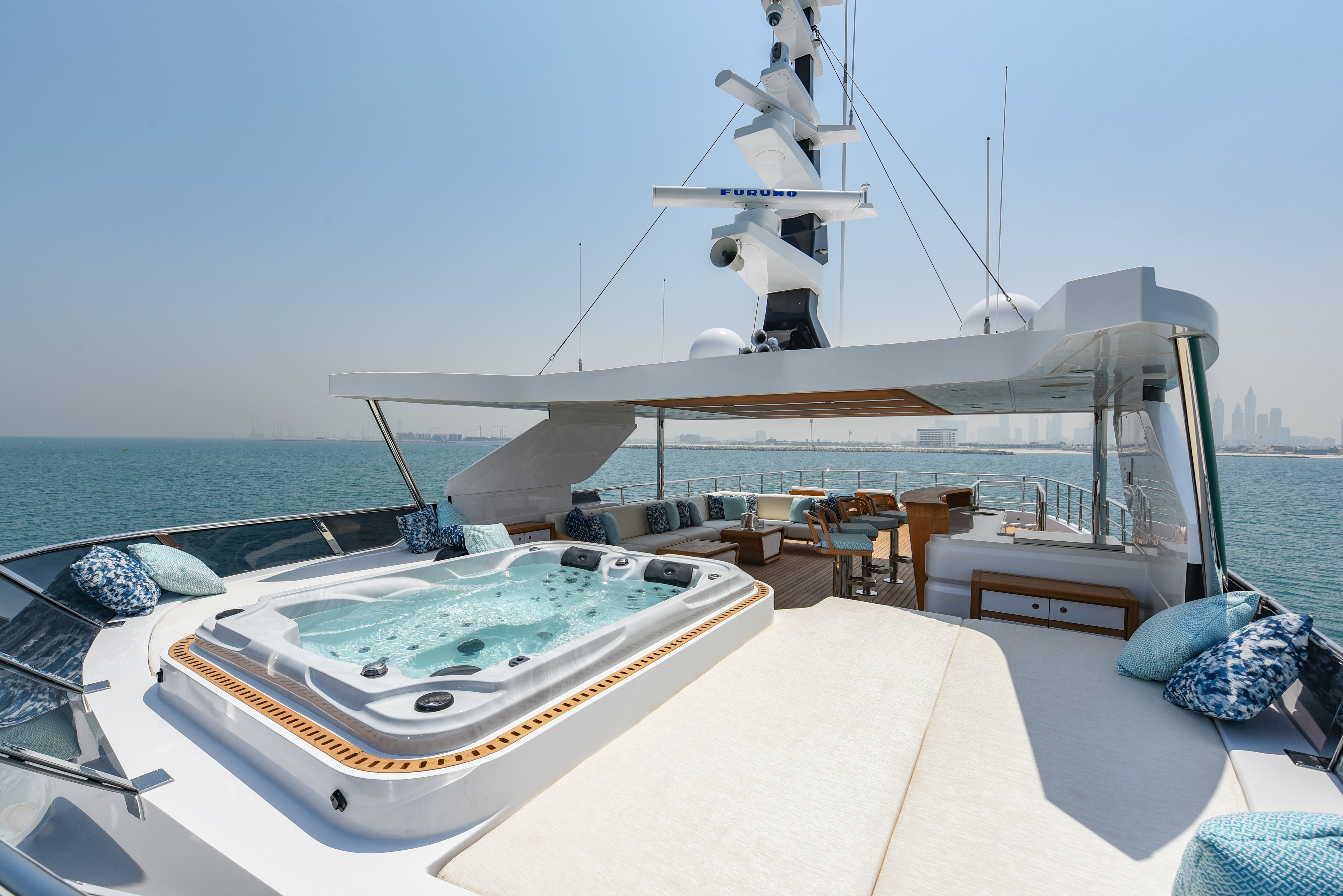 The superyacht has a draft of just over six feet (two metres), making her ideal for navigating even shallower beaches. Two powerful engines of 2,500 horsepower lend speed to the vessel that will delight marine enthusiasts for its top-notch performance, stability, and maneuverability. Gulf Craft has over 800 employees across its three facilities in the UAE and the Maldives and has a manufacturing capacity of 200 boats per year. The company has built more than 10,000 boats since its inception in 1982, serving clients around the world. The 2019 AEU Safety Award Winner, Gulf Craft was awarded ‘Best in the Show’ at Fort Lauderdale International Boat Show for its 43.3m Majesty 140 superyacht.

Majesty 120: Facts at a Glance

United Arab Emirates; 29 November 2022: Gulf Craft is set to welcome visitors to its very own boat show in Mina Rashid on ...
Start Reading