The flawless paint on the Majesty 175 was implemented by Gulf Craft's paint team and is based around the Awlcraft SE Paint System. Her metallic silver-grey hull is an ever-changing tone of dark grey to light silver in the dawn to dusk lighting conditions. 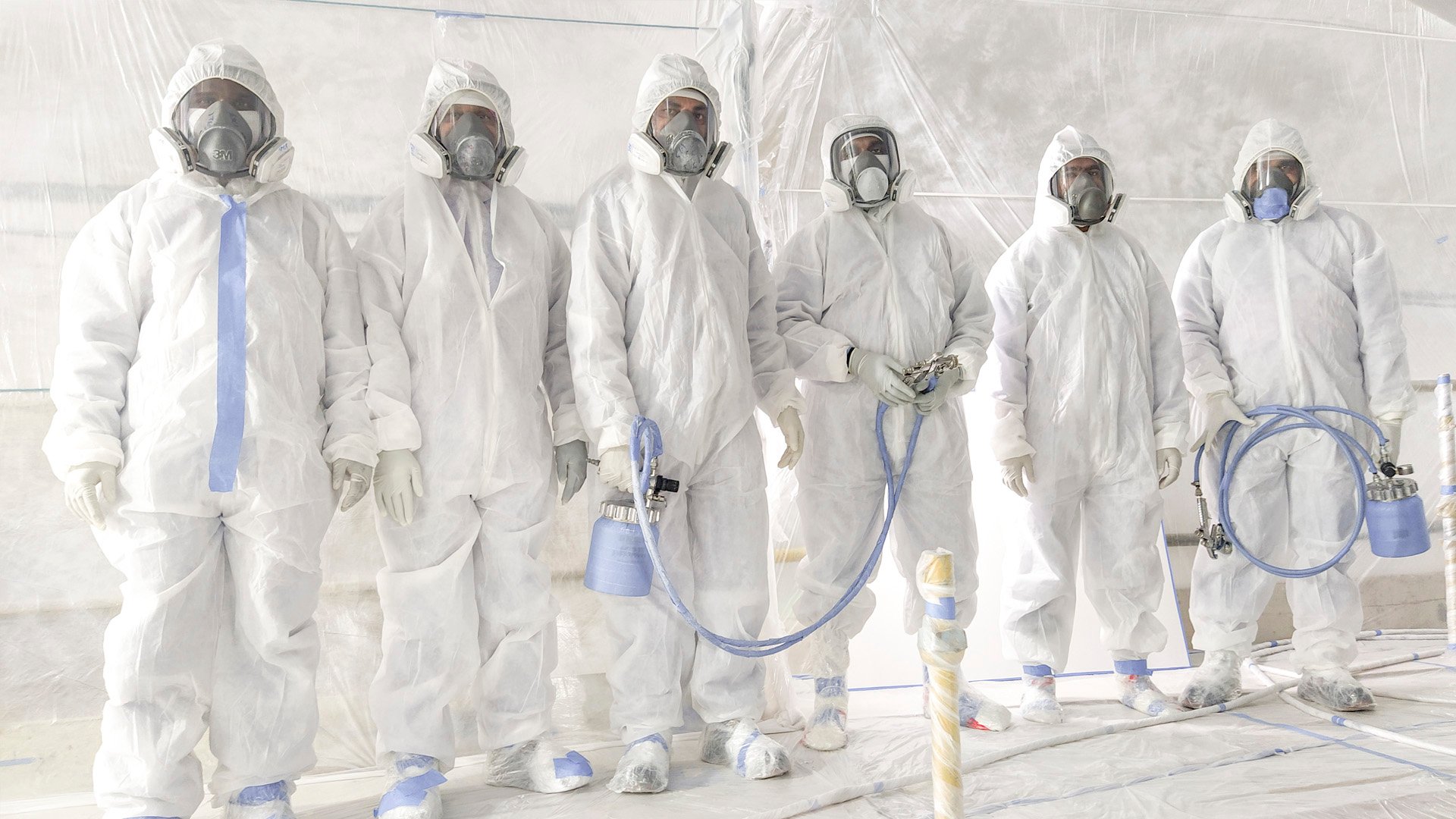 The painting of the Majesty 175 was completed entirely by the in-house paint team which Gulf Craft has perfected over the last 10 years. Techniques on post-curing, especially the black painted areas of the hull, are again driven by a necessity to find solutions to cope with the Gulf region's harsh marine environment in the world. 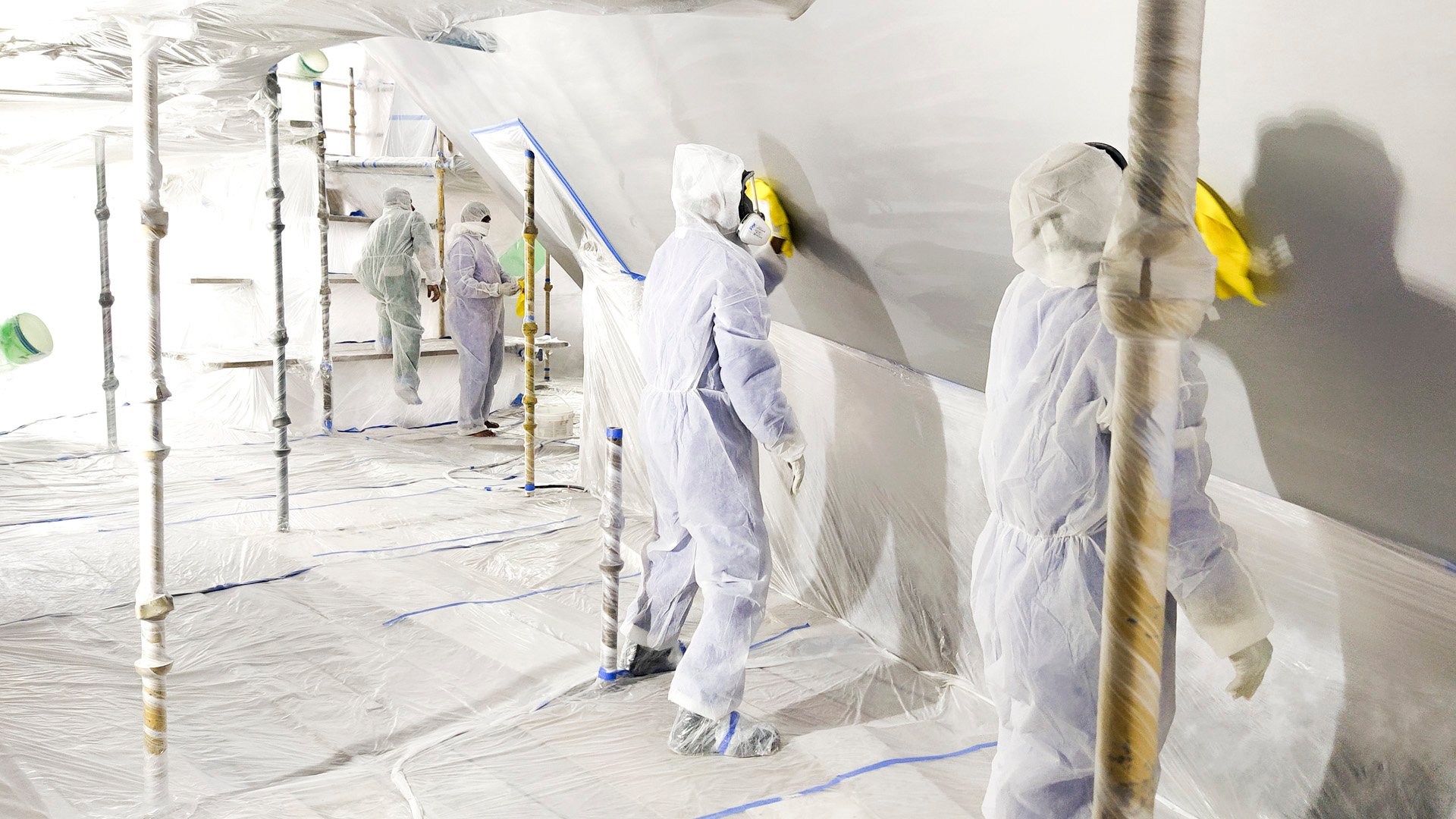 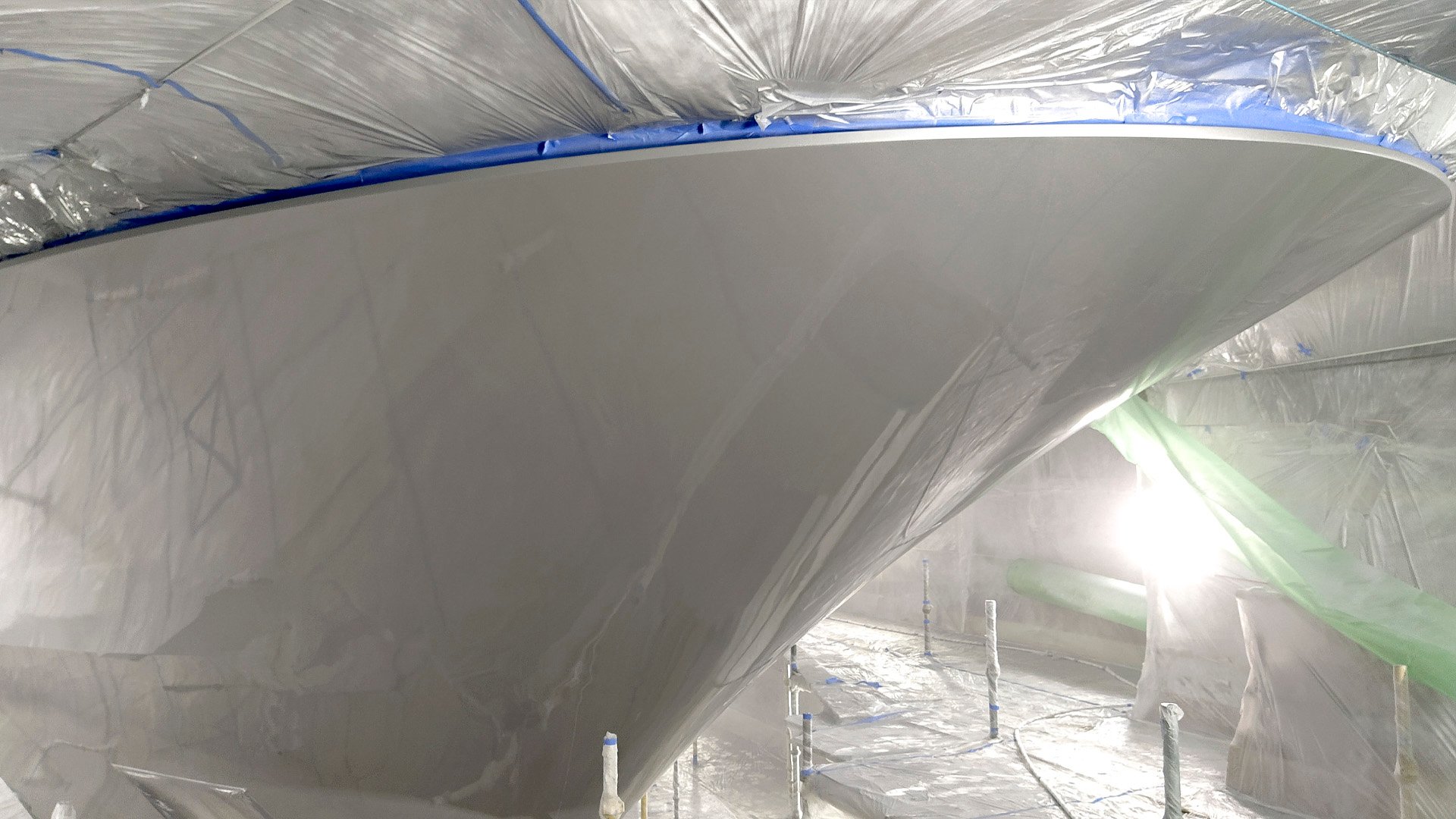 The team that painted the Majesty 175 consisted of 4 main sprayers and 2 backup sprayers, alongside them a team of 10 finishers, who fair, sand, and finally buff/polish the finish. Each step of the painting process within Gulf Craft is meticulously documented so if any flaws appear in the finished surface, a rectification plan can be put in place to prevent having a complete reshoot of the painted hull. When the final polishing is complete, a comprehensive paint gloss report is compiled and stored alongside all other build reports for future reference and lessons learned. 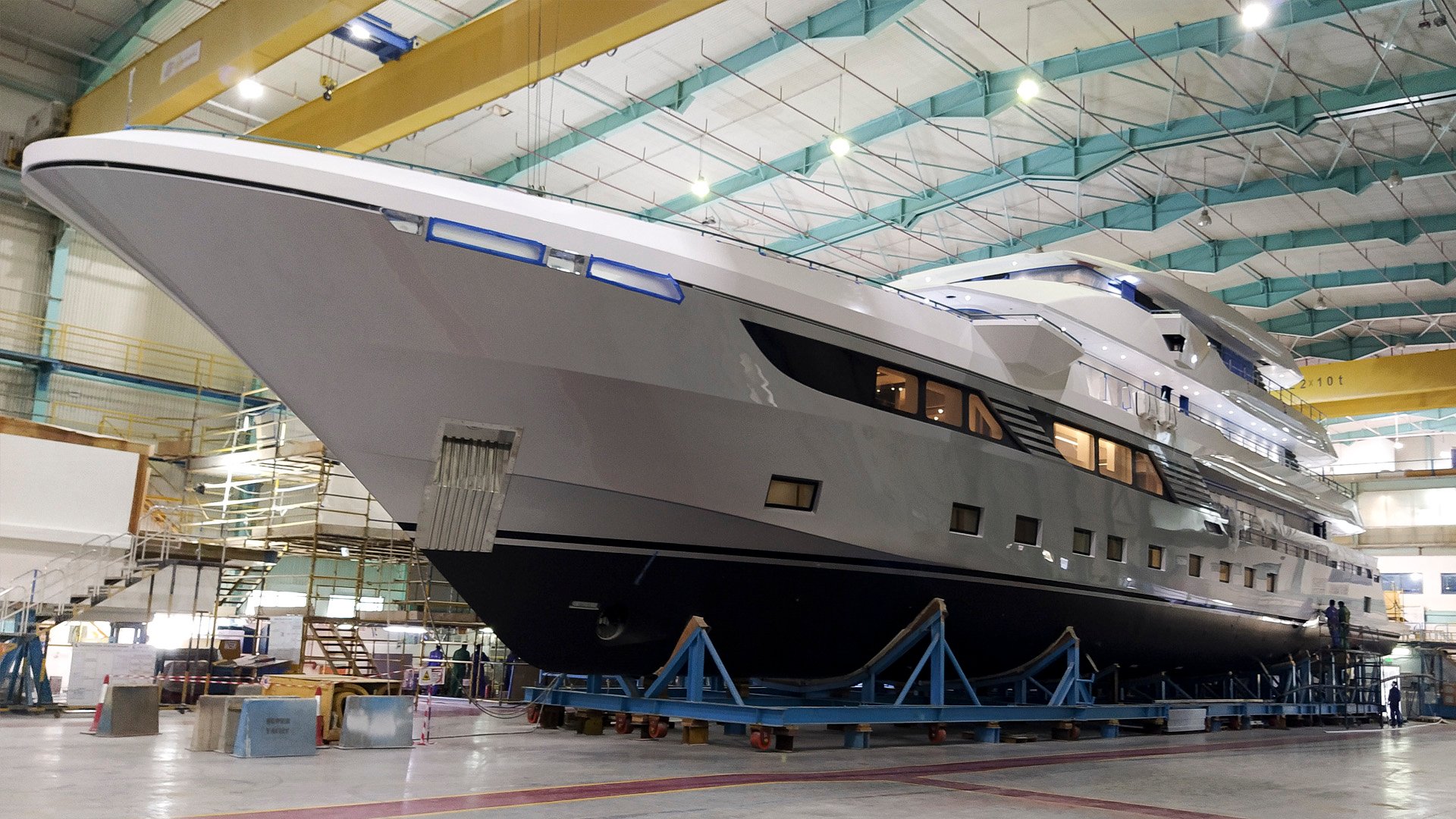 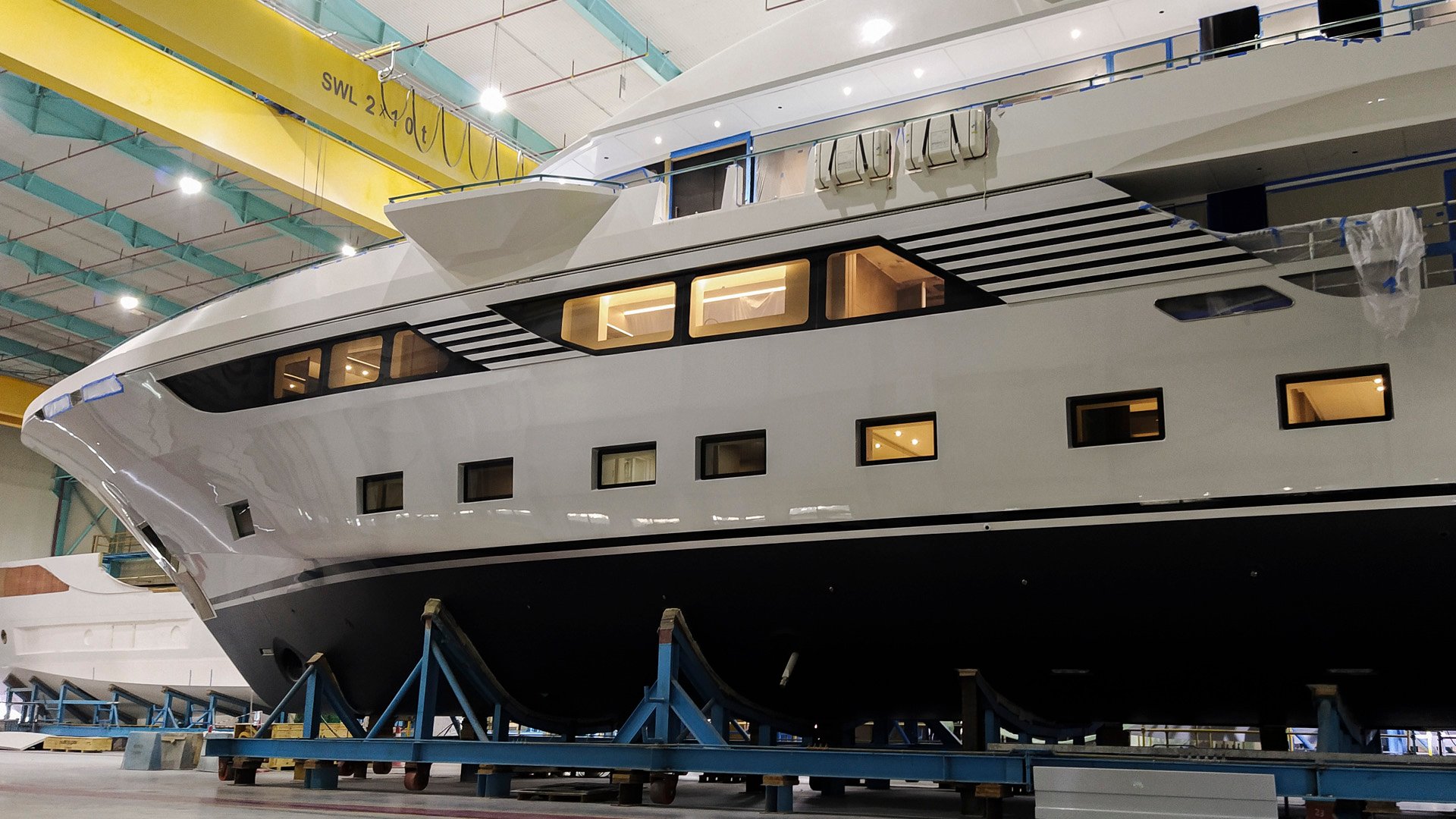 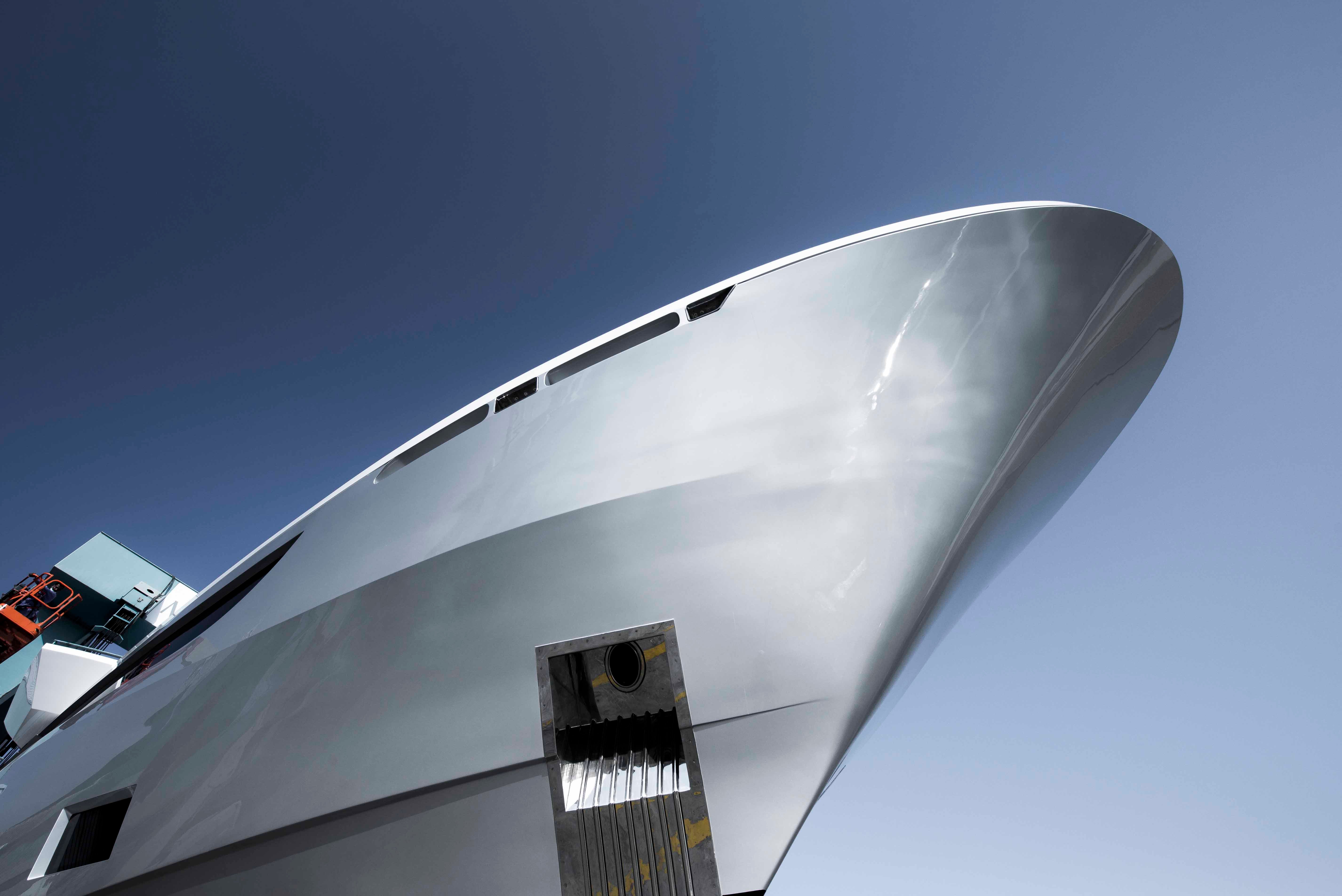 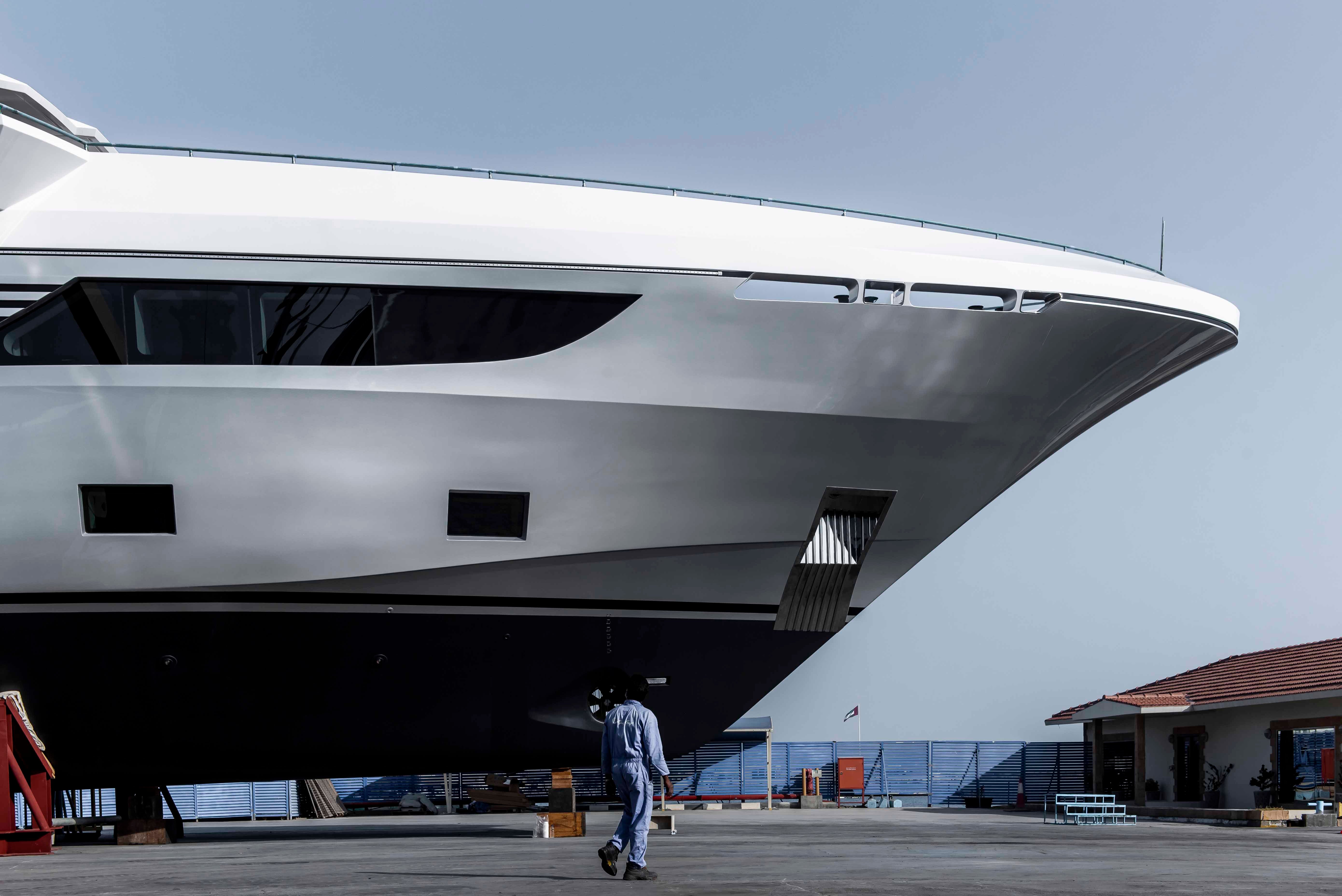 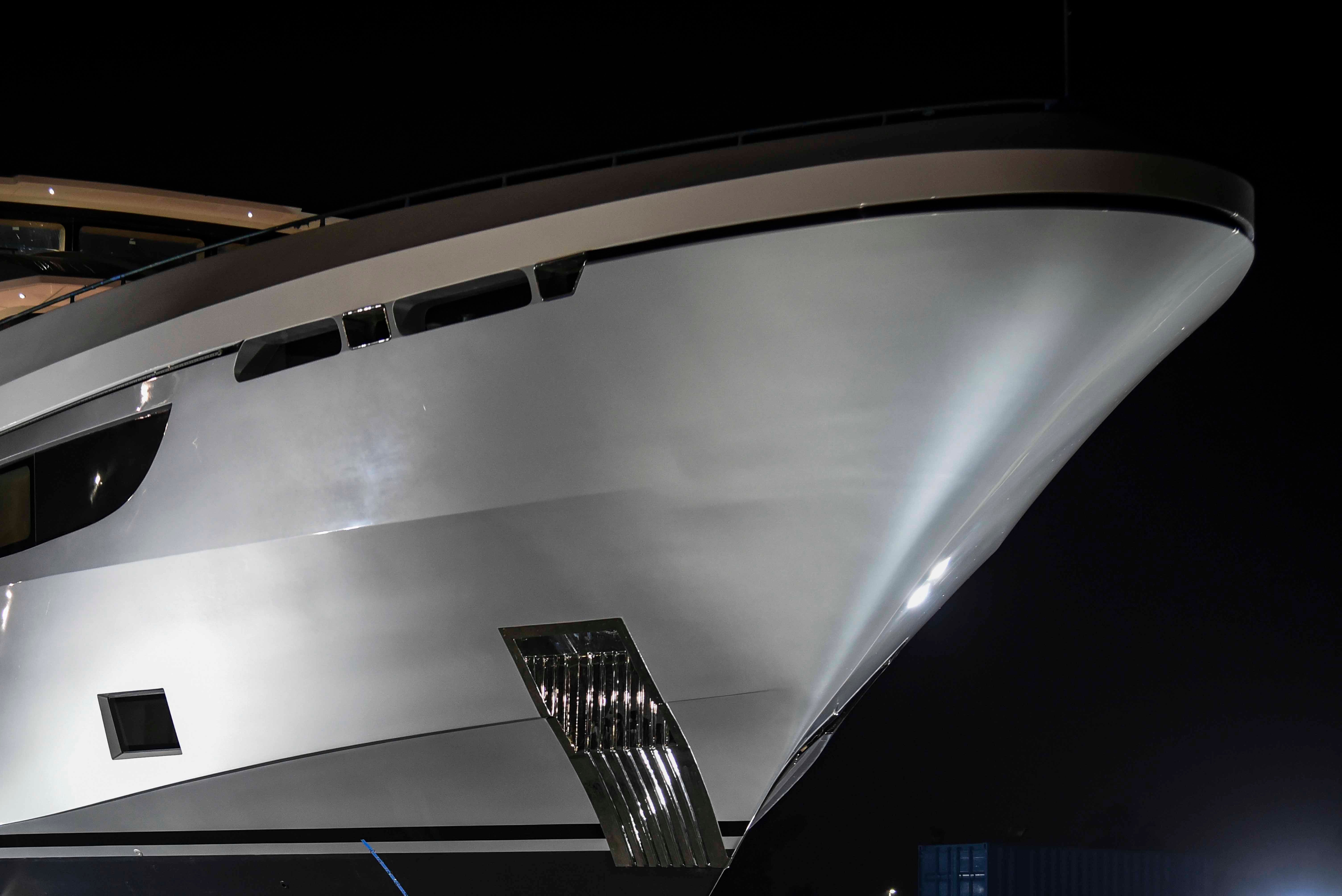