3rd April 2016- Gulf Craft concluded another successful Exclusive Preview event at The Pearl-Qatar in Doha. The event was held at the Marina Gate 5 from March 30 till April 2.

The event kicked off on March 30 with Gulf Craft conducting a press conference onboard the Majesty 110 superyacht together with Mohammed Alshaali, Chairman  and Erwin Bamps, CEO of Gulf Craft. 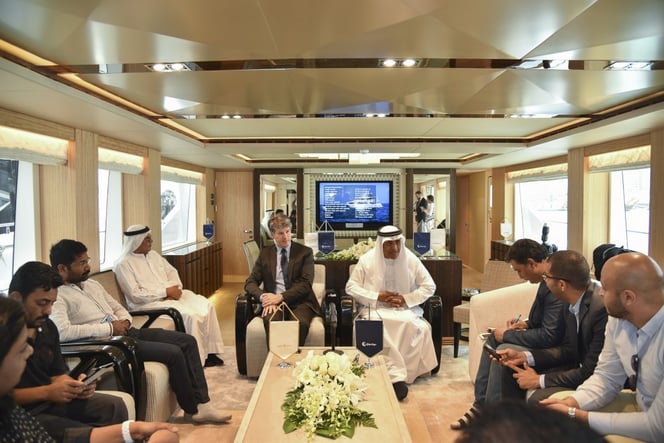 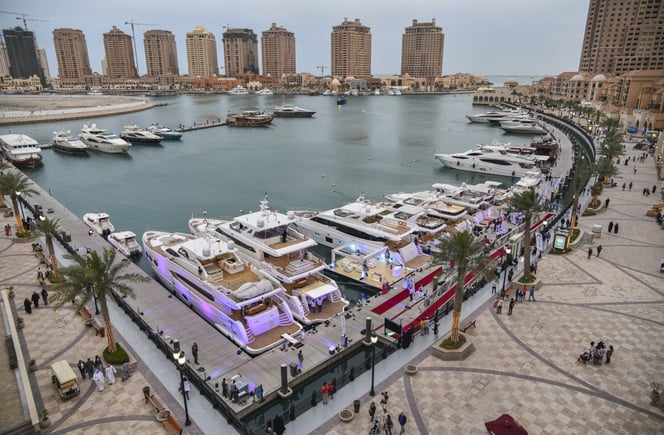 Although the weather was not that good with occasional rain showers, the Qatar residents flocked to the marina of The Pearl-Qatar to get a personal tour of Gulf Craft's premiere line-up of yachts and boats. 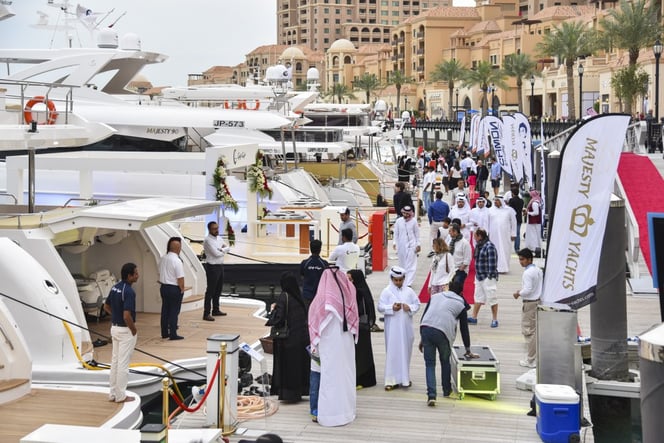 Stream of guests during Gulf Craft's Exclusive Preview in Qatar

Another eye-catcher at The Pearl-Qatar were the two Majesty Superyachts berthed at the marina- the elegant Majesty 155 and the Majesty 121. 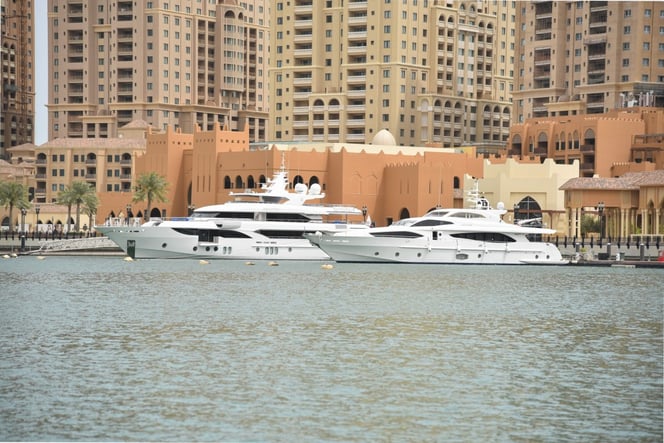 Here are some more photos taken during the Gulf Craft Exclusive Event in Qatar:

March 19, 2014 – Gulf Craft, recently named one of the world’s top 10 superyacht builders, has docked in Doha with its most ...
Start Reading