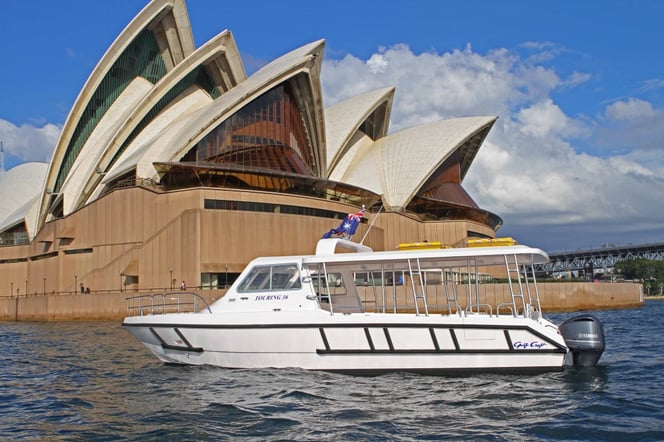 Touring 36 with the famous Sydney Opera House in the background.

Capt. Richard Morris of Australian Superyachts, shared some great photos of the newly-delivered Touring 36 which will be used as a water taxi in Sydney, Australia, stating " This Touring 36 has been custom-designed and built as a commercial high-speed water taxi as well as a luxury resort passenger boat. It was built by Gulf Craft directly to Australian Maritime Safety Authority (AMSA) National Commercial Vessel Code (NSCV) Class 1D Survey compliance for Domestic Commercial Vessels, Australia-wide."

CHECK OUT the photo gallery:

What a beautiful day at the Darling Harbour in Sydney! It is also the location of the Sydney International Boat Show, dubbed as ...
Start Reading